Disney’s Hollywood Studios has gone through many facelifts over the years as Disney has tried nailing its identity. It is a great place to put many different intellectual properties. With these many changes and new stories added, so many easter eggs have been included here.

Come with me as we walk through Disney’s Hollywood Studios and find some hidden history!

Up on the second floor of the restaurant Hollywood & Vine is a window donned with the name “Eddie Valiant.” This was the human detective of the 1988 film “Who Framed Roger Rabbit.”

While this film isn’t the most well-known today, this little easter egg (hehehe. get it? he’s a rabbit?) makes sense for the time. “Who Framed Roger Rabbit” was released in 1988 and was wildly successful. It won three Oscars and brought in more than $300 million at the box office.

There were plans to create an entire land themed after this famous rabbit at MGM Studios at the end of Sunset Boulevard. So instead of racing to an Aerosmith concert, you would have hopped on “Roller Coaster Rabbit.” While we didn’t get a full land dedicated to this film, there are a few nods to it around today’s Hollywood Studios. Keep your eye out for more as you walk the park!

There are hours and hours of stories behind the handprints in front of the Chinese Theater at the end of Hollywood Boulevard. But one of my favorites is Audrey Hepburn. From 1989-1999 actors and characters around the world were invited to leave their handprints in the park.

As the gorgeous, timeless Audrey Hepburn began to cry as she placed her hands on the cement. She stated that no one had ever asked for her handprints before. Once the Grauman’s Chinese Theater in Hollywood learned of their mistake, they immediately invited her to correct their oversight. Hepburn declined and said that her handprints were in the only place they needed to be. This makes her handprints at Walt Disney World some of the most prized prints they have!

Next time you go to ride Mickey and Minnie’s Runaway Railway, stop and spend some time perusing the history in the ground. See if you can spot Hepburn’s and maybe a few other of your favorite characters.

Hidden Warning at Tower of Terror

One of the best-themed queues in all of Walt Disney World is the Hollywood Tower of Terror Hotel. From the 1940s background music to the cobwebs in the “lobby.” The way it immerses you into the story is unmatched. One detail most everyone passes without a second thought is the message board next to the “out of order” elevator. Many letters are missing, and fans took the time to decode the hidden message. @themouselets has a great TikTok explaining it.

There is an electrical box located in the loading area of Rock ‘n’ Rollercoaster with the address 1401 Flower Street on it. This may seem random, but this is the address of Walt Disney Imagineering. This is one building of many in Disney’s Grand Central Creative Campus. Located about one hour northwest of Disneyland, this is where many of the digital operations are housed. 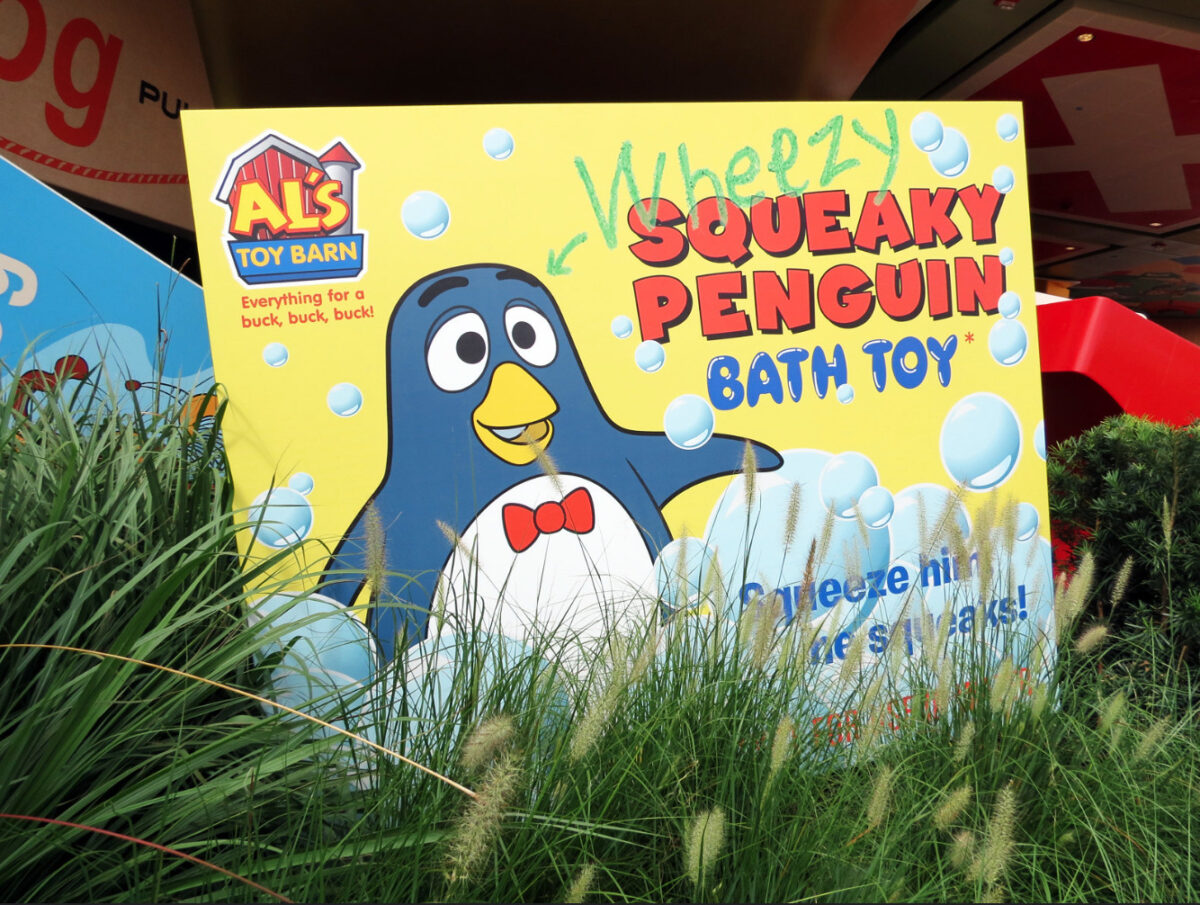 In the Lightning Lane of Slinky Dog Dash, we get a clue about how our favorite squeaky penguin broke. His original box sits in the brush and shows SPECIFICALLY that he is a bath toy. If you look closely (you can’t see it in this photo) there are red words that read “*NOT FOR USE IN WATER.” I think it is one of the funniest details in all of Toy Story Land!

There is a Rex toy box located to the right of the Slinky Dog Dash loading area. On the box is a price tag, showing the numbers 11, 22, and that it was sold for $19.95. The first Toy Story was released in theaters on November 22, 1995. A seemingly small detail, but one with such great meaning!

Disney Imagineers take such great care in their storytelling within each land. How each land transitions from one into the next is also an important task. Walking from Toy Story Land into Star Wars: Galaxy’s edge might seem random but was done with great intention.

Toy Story and Star Wars are two incredibly different stories. But what is an overlapping theme for them? Space. Buzz Lightyear is a space ranger. Therefore it makes sense that the last attraction in Toy Story Land you see is Alien Swirling Saucers and a large figure of Buzz Lightyear himself.

As you walk this path, listen to the music as it transitions from playful toy music into ambient Star Wars-like tracks. It is done with such precision and intentionality.

There are more easter eggs within all of Galaxy’s Edge than one can count. Some of my favorites are nods the original trilogy, the films that captured my heart the most growing up.

Three containers are visible in the distance coming from Toy Story Land. They are labeled with the numbers 77, 80, and 83. This pays homage to the years the original trilogy was released in theaters.

One of the most iconic scenes in Episode 4: A New Hope, was the trash compactor scene. Luke, Leia, Han, and Chewbacca all almost get crushed in garbage masher 3263827. Take a look at the trash cans throughout Galaxy’s Edge. Each can has this number stamped on the side.

Finally, one of my favorite details is in the ground. Whenever a new land is opened at a Disney park, I am so excited to see how creative the Imagineers are with the ground. Right around Savi’s workshop in the middle of the land, take a look at the ground. There are two separate tracks going along the same direction close to one another. One looks like small boots taking small steps, and the other is three tracks of wheels like a tricycle. It perfectly matches C3PO and R2D2 walking along with one another.

This barely even scratches the surface of the details found in this ever-changing park. What else have you found at Disney’s Hollywood Studios?

In case you missed it: 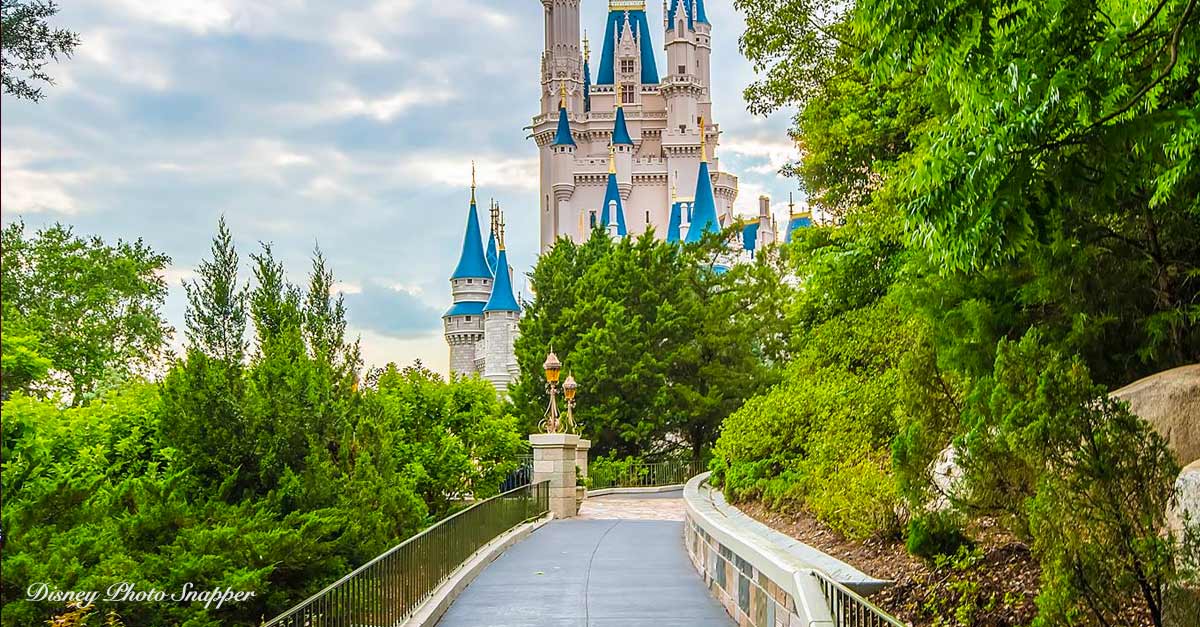 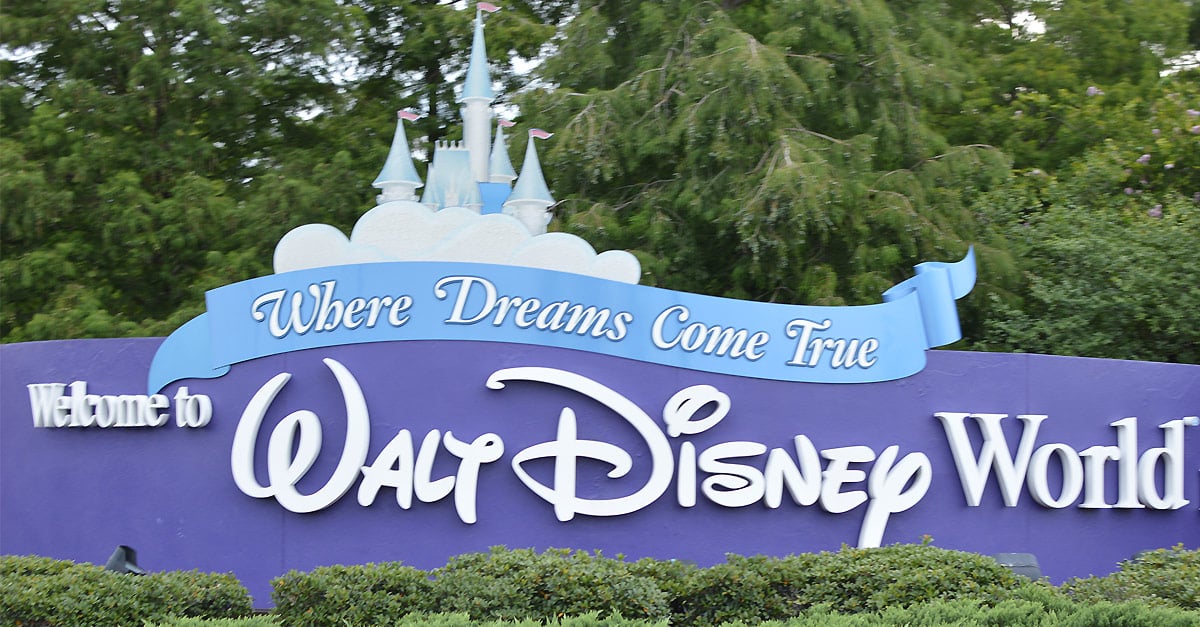 Your Best Trip to Disney World Must Include These 15 Things 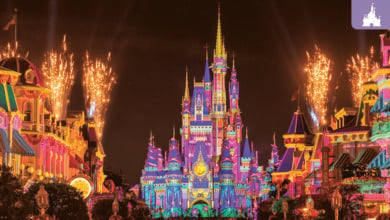 Best Places To Watch the Fireworks at Magic Kingdom 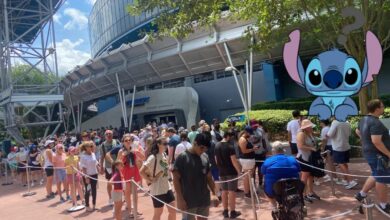 5 Fast Facts About Genie+ We Learned This Year 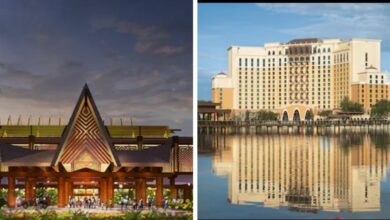