Looking for some thrills while at Walt Disney World? We have just the rides and shows that will have you screaming. Even though Walt Disney World is for kids, a few attractions increase fear.

We love the thrills offered at Disney and are glad that some attractions are meant for those looking for something a little scarier than a small world.

Let’s look at the attractions throughout Walt Disney World that will bring a little thrill to the day.

Star Wars: Rise of the Resistance is one of the most thrilling and intense rides at Walt Disney World. This outstanding ride has thrills and excitement around every corner.

The intense feeling comes right away when the First Order captures Guests. As they await interrogation, these Cast Members do a fantastic job of intimidation. Although it isn’t scary, it is tense and a little uncomfortable.

That all happens before you even board the ride vehicle that takes you on a high-energy, high-stress race to safety. As you dodge and weave your way through the fighting, there are constant dangers around every corner.

The final thrill comes when your escape pod locks into place and drops you to safety. This comes unexpectedly and is an excellent end to the overall thrilling experience.

Many Guests talk about how Star Wars Rise of the Resistance is much more than just a ride. We would completely agree. It puts Guests right into the action, which adds to the thrills.

Another ride that brings all the thrills and spooks is Twilight Zone Tower of Terror, located down Sunset Boulevard. The thrills start as you walk down toward the abandoned hotel. You can hear Guests screaming as they experience the ride.

The queue is one of the most well-themed in Walt Disney World. The abandoned gardens and the impressive lobby leave Guests feeling slightly unsettled. Entering the boiler room adds to the thrills as you wait to board the service elevator.

Get ready for big thrills once you are strapped into your elevator ride. You are prepared to enter the twilight zone. Tower of Terror is a big rush because there is no pattern and no predicting your drop sequence. Each trip will be different, leaving you always on the edge of your seat.

Your ghost host awaits you over at the Haunted Mansion. Like the Tower of Terror, the thrill factor begins before you even enter the queue. The overall atmosphere that surrounds the mansion is one of haunts and spooks.

The stretching room is always thrilling as you are left in complete darkness before entering the final stage of the queue and boarding your buggy.

The ride itself is thrilling as you have ghosts haunting every corner. Although Haunted Mansion isn’t an intense ride vehicle, the overall feeling of the ride is exhilarating.

Over in Tomorrowland in Magic Kingdom, Guests will experience a thrilling roller coaster experience on Space Mountain. Here Guests rocket through space as they zip and zoom through the darkness.

This indoor coaster is so thrilling that you can’t see where you are going. Even though the coaster itself isn’t super fast, not being able to prepare for the twists and turns of the ride makes it super thrilling.

Another exceptionally thrilling coaster is Expedition Everest over at Disney’s Animal Kingdom. This coaster is thrilling because it seems to have it all. A significant drop, a section where Guests are going backward in the dark, and a scary Yeti that appears to be coming at you.

Expedition Everest is one of the most thrilling attractions in Walt Disney World. This coaster is intense and isn’t for the weak.

A lot like Expedition Everest, Rock n’ Roller Coaster is a thrilling coaster because of all it has to offer. With a launch start, the thrills start quickly on this ride. Once you have launched, Guests are taken on loops and corkscrews as they race through the streets of Hollywood.

The ride isn’t super long, but the thrills that they pack in are fantastic. It is hard to believe that so many thrills can be experienced on an indoor coaster and at Walt Disney World.

A new thrilling attraction at Walt Disney World is the fantastic new indoor coaster at EPCOT. Guardians of the Galaxy: Cosmic Rewind brings thrills like never before. With the first-ever reverse launch, Guests quickly experience excitement like never before.

Combining outstanding music with a new ride vehicle that rotates with excitement, this new coaster is one that thrill seekers won’t miss at Walt Disney World.

Our last two rides are the mountains found in Frontierland at Magic Kingdom. These two rides are so different, but both bring thrills and screams to Guests.

Splash Mountain is a thrill because of the numerous drops, including the large plunge into the briar patch. Big Thunder Mountain is thrilling as Guests feel like they are on a runaway train throughout the wild west.

You don’t want to miss out on these two rides when visiting Walt Disney World and enjoying thrills.

We love the relaxing ride at Walt Disney World, but we are always so impressed with the rides that bring thrills and excitement. Disney does a fantastic job of providing entertainment for everyone during their vacation. 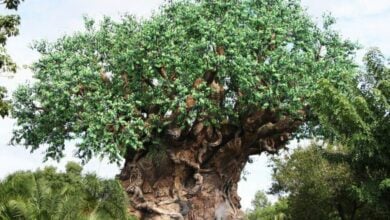 5 Magical Experiences You Won’t Want to Skip at Disney 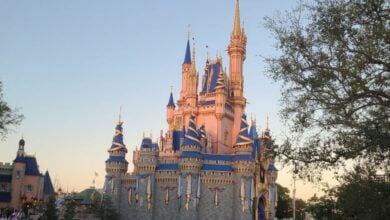 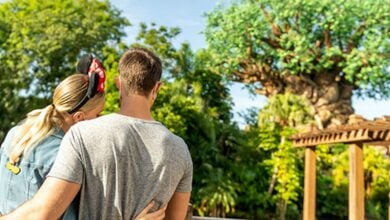 Decisions That Can Make or Break Your Disney Trip 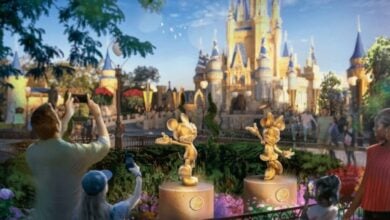 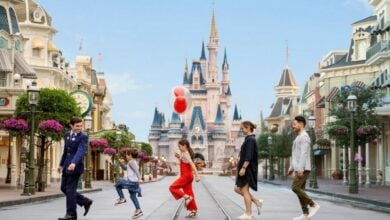