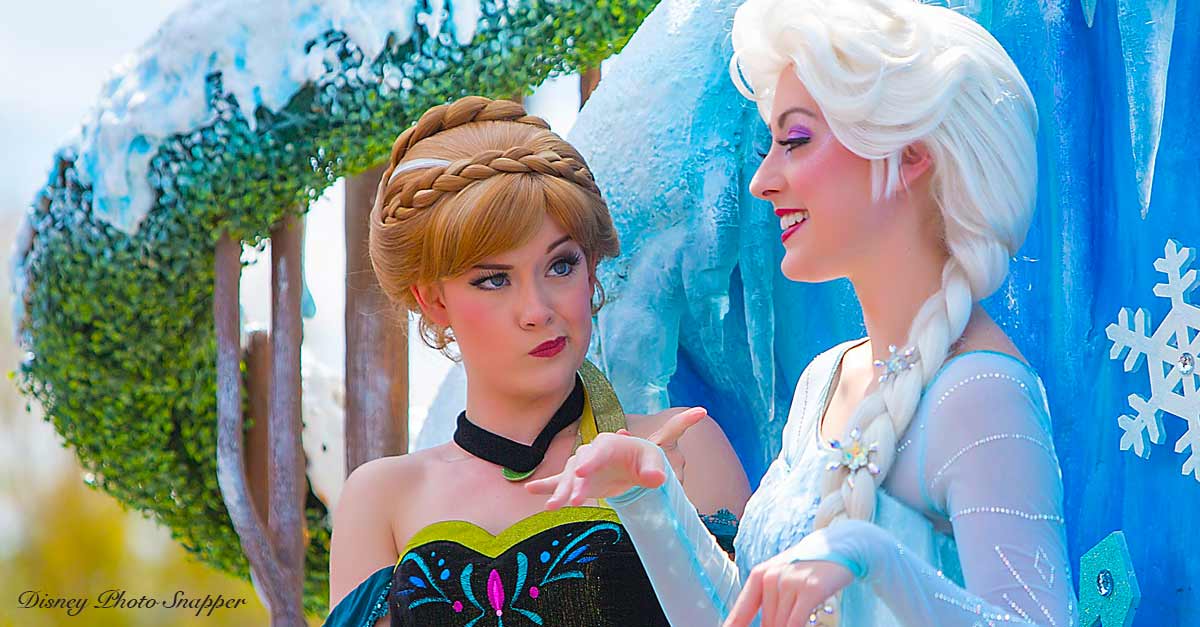 2. For the First Time in Forever: A Frozen Sing-Along (Echo Lake)

If you find yourself at Disney’s Hollywood Studios, dreaming about building a snowman, feeling the urge to “let it go” or just wondering what an inside snowstorm would be like, you don’t want to miss this impressive stage show, but you’ll want to have a FastPass+ for it. The story of Frozen is told, but not by Anna, Elsa or Kristoff, although they do play roles in the show. The tale is told, instead, by two endearing characters—Arendelle historians. They definitely steal the show with their slapstick comedy, silly antics and over-the-top affection for Queen Elsa, Princess Anna and of course, Kristoff the ice harvester (think crazy boy-band fandom). Sing along to some of your favorite songs from the film’s soundtrack, while scenes from the movie are projected on the screen. The show ends with a very special gift from Queen Elsa, as she demonstrates some of her icy powers!