Thousands of cast members have gone through tense phone interviews and eagerly awaited their acceptances. Each would cheer upon hearing that they were going to get to work at the Walt Disney World Resort. These eager cast members then entered a Disney Traditions class, where they learn all about the very foundation Walt himself had built. Once they earned their ears, they were ready to step into the world of magic making… only to be yelled at by a guest. One guest can diminish the magic for everyone, including a cast member. Though these negative interactions are probably in the minority of experiences of Disney’s staff, I think you’ll agree that one interaction where nasty or thoughtless words are spoken can sometimes overshadow many positive interactions. Here are the top 10 things you shouldn’t say to a cast member at Walt Disney World.

A Disney crowd control cast member probably has one of the most difficult jobs of all. You know who they are… the folks who help keep the flow of pedestrians going throughout parades behind the crowds of people standing watching parades. I can’t remember a visit to Disney where I didn’t see a guest knit their brows together in disgust or shout an angry retort at a cast member who kindly pointed out that they needed to keep moving and not stop in the middle of the sidewalk to watch a parade. Remember that even if you’re not traveling with children, there are most certainly some close by watching the angry display of an adult venting their anger at a cast member.

Rides like The Seas with Nemo and Friends, The Haunted Mansion, and Spaceship Earth are all equipped with an omnimover track. Each requires a cast member to traverse across a moving walkway for about forty-five minutes to an hour. The last thing these hardworking cast members want to hear is how many pounds you think they lose or how many steps they take in a day. Another guest favorite is “Hey! You’re walking, but you aren’t going anywhere!” Their feet may very well be sore as it is, so try to keep the wisecracks to a minimum.

8. Ask how hot their costumes are

When summer rolls around in all its’ blazing glory, temperatures will reach triple-digit levels. The cast members are well aware of how hot it is in their costumes, just in case the profuse sweating was not a dead giveaway. Spare them the reminder. Instead you could say something like “I hope you get a break soon to cool down – thanks for your hard work in this heat!”

Before asking any question at Disney, think about the issue. Some of the most obvious questions at Disney have led people to question if common sense exists in the parks. These questions include but are not limited to:

Whether it’s a character dining experience or character interaction in the park, make sure you treat both the Disney characters and their handlers with respect. Make sure you wait your turn before advancing to interact with a character and don’t give them a hard time. Disney character cast members have to deal with some pretty unsavory guest behaviors especially the pretty princesses. Thoughtless or suggestive comments or even more regrettably, improper physical advances are clearly inappropriate.

5. Blame them for ride issues

Cast members do their best to efficiently cycle guests onto rides and ensure that everyone has a magical experience. However, problems sometimes arise. Rides have their own technical bugs or guest-caused delays. None of this is in any way the fault of the cast members, yet guests will still blame them. They have no control over the ride’s technical faults, so please be patient and courteous.

4. Blame them for weather issues

Guests have even blamed cast members for heavy rain, as if they have now harnessed the powers of mother nature. Try to take bad weather issues in stride knowing that there are plenty of attractions to enjoy despite rain or heat.

I’ve seen many guests complain to a cast member about the price of food or a souvenir in Disney parks. We must try to remember that Disney is not a non-profit organization and must make money in order to keep the parks open. Furthermore, the prices of Disney goods and services are not set by the cast member so think twice before you say something derisive about how greedy Disney is.

My last visit to Disney, a couple showed up at the last minute to redeem their fast passes at a very popular stage show. Unfortunately, fastpass seating had been suspended for that attraction due to the time. The guest then proceeded to yell at the cast member who was being nothing but pleasant. This fellow even let a few choice words fly in front of my 8 year old daughter. The cast member offered the guest fastpasses for the next showing encouraging them to show up a little earlier to ensure seating, a gesture which was waved away by the irate guest. Being a paying guest doesn’t give one license to verbally abuse a Disney employee.

Many cast members have fallen victim to the raging guest accusation that they are stupid, and that this is why they work at Walt Disney World. That they dropped out of school and work there because they cannot do better. On the contrary, some highly intelligent people work at Walt Disney World. Working at Disney is one of the greatest opportunities to get your foot in the door with the most successful entertainment company in the world. It is doubly ironic when guests call COLLEGE INTERNS stupid and uneducated. They are here to gain experience and pursue their dreams.

Let’s all take some good advice from Thumper who said “if you can’t say somethin’ nice… don’t say nothin’ at all!” 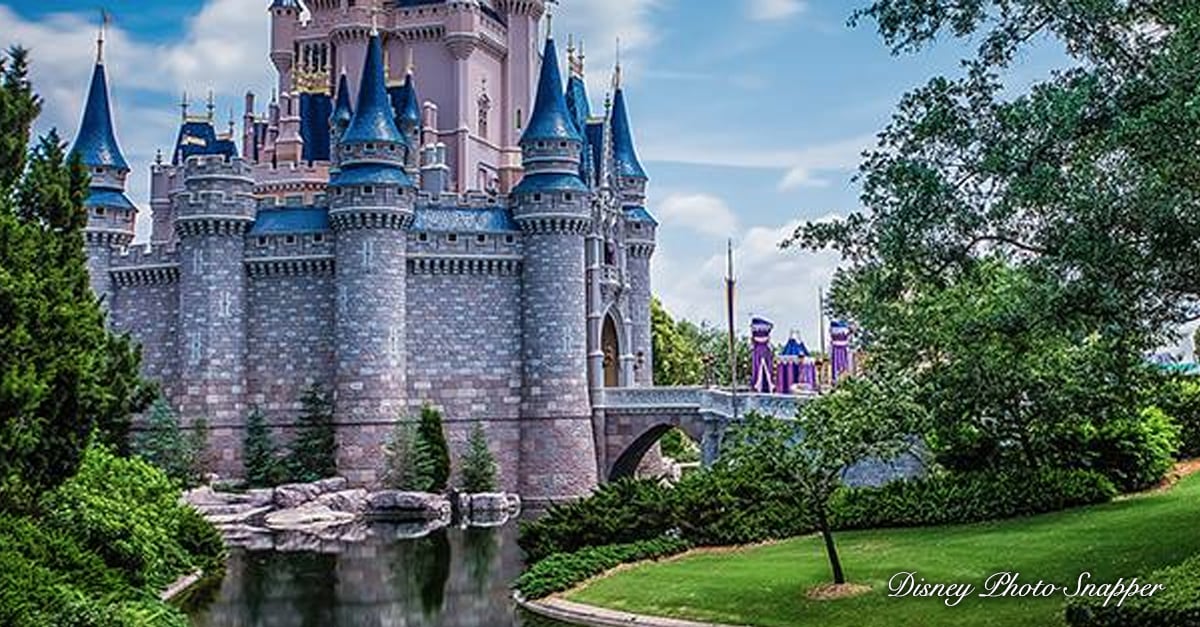 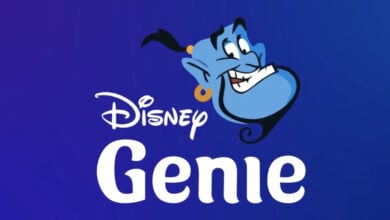 How To Purchase Disney Genie+ 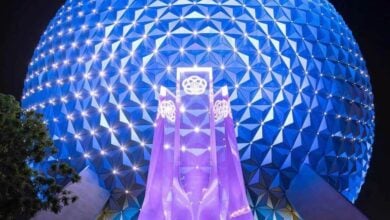 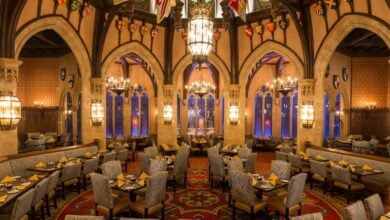 What to Eat, and Not Eat, In Magic Kingdom 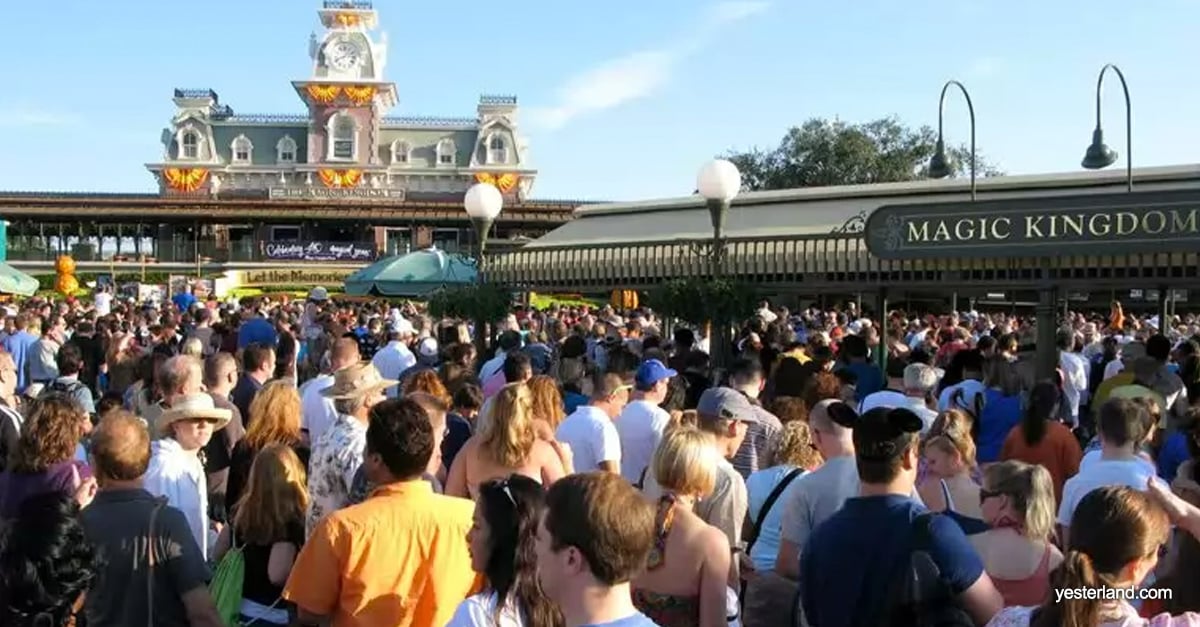 When Is Walt Disney World Busy?