Perhaps the most popular land in the most popular park in all the world is Fantasyland in Walt Disney World. If you’ve done the Magic Kingdom, then you’ve certainly spent a good amount of time in Fantasyland. It’s classically magical! But here’s a list of ten things you may have previously missed…

10. Mickey’s PhilharMagic – Be honest, have you taken the time to see the 3D PhilharMagic show? I’m guessing the answer might be “no” since the wait times are usually never more than 20 minutes, even when other attractions soar near three hours(!). If you’ve never seen the show, put it on your list. It’s full of delightful animation, gorgeous music, and – wait for it – air conditioning! Cool off, have a seat, and enjoy. You won’t regret it!

9. Nods to the Nautilus – In Disney-past there was a ride called 20,000 Leagues Under the Sea, where guests could take a ride in the Nautilus submarine. It took up a huge amount of land that was filled in to eventually become part of New Fantasyland. But in an effort to pay tribute to the past, Disney has hidden two carvings of the Nautilus for nostalgia’s sake. See if your kiddos can find one inside the tree at the Winnie the Pooh ride entrance. Watch for the other in the standby queue for Ariel’s ride near the water fountains.

8. A Super-Hidden Mickey – Speaking of Ariel’s queue, there is supposedly an epic Hidden Mickey that can only be found on November 18th (which is Mickey’s birthday – the debut of Steamboat Willie). I have not confirmed this personally, but apparently at noon on 11/18, imagineers shaped the cave rocks just right to create a stream of sunlight in the shape of Mickey’s silhouette on the floor. But if you don’t find yourself there at just the right tine, keep your eyes open for the slightly easier to spot Steamboat Willie version of Mickey carved into the rocks near the pond as you exit Ariel’s ride. His shorts and shoes are pretty easy…see if you can find his face too.

7. Royal Majesty Makers – These street performers are top notch, but often passed right by! Check your app or guide map to make sure you’re near the middle of Fantasyland during one of their shows. They’re out quite often teaching royal manners, playing games, and starting dances fit for the ball. Totally worth stopping for!

6. Fairytale Garden – This little out-of-the-way nook is easily overlooked, especially because it seems closer to Tomorrowland than Fantasyland geographically. However, it’s a wonderful spot for cherished character greetings, so it’s worth your time to search it out. At time of writing you can meet Merida there, but the Garden has been used for other characters as well.

5. Belle’s Village – In between Be Our Guest and Under the Sea, you’ll find the provincial town that Belle calls home. (Queue the “Belle” song in your head…) I’ve passed this area by so many times, but the quaint courtyard is a great place to pause. You can pick up snacks, drinks, and souvenirs near the fountain and even meet Gaston himself at certain times. There are also restrooms nearby, so the little village makes a great pitstop.

4. Casey Jr.’s Splash and Soak – Even on the hottest Central Florida days, most families pass this area by because of the fear of wet clothes. That’s legit – “Soak” is part of the name. However, I’d suggest bringing a special change of clothes specifically for this section if you find yourself traveling during the summer or early fall. It’s such a fun place to cool off! Sweaty kids (and parents) can have less-than-magical attitudes…Casey Jr.’s could be just the pick-me-up you all need!

3. Big Top Souvenirs – If you’re like me, you often avoid the many souvenir shops because all the cute stuff has a tendency to wear down your self control budget-wise. But Big Top Souvenirs deserves a peek, simply for the treat cases. Carmel apples with decadent decorations, GIGANTIC and GORGEOUS cupcakes, character cookies, dipped and decorated cereal treats. Oh my word, it’s an amazing display…worthy of a special snack-stop if you’re in the mood for something other than a Mickey Ice Cream Bar.

2. Rapunzel’s Bathroom – Right next to “it’s a small world” you’ll find a courtyard reminiscent of a scene from Tangled. It sounds strange, but check out the bathrooms in that area. I can only speak for the women’s room, but the theming is awesome in there! Check out the ledges filled with all of Rapunzel’s pastimes listed in the song “When Will My Life Begin”. So cute!

1. Hidden Pascals – In that same courtyard, there’s a special scavenger hunt usually only enjoyed by Disney insiders because it’s so discrete. Tiny Pascals (about 3 or 4 inches long maybe?) are hidden all over that location. Sources say there’s as many as 22 little lizards to find in all, but I have yet to find that many. My family loves scavenger hunts so this “secret” find is great fun for us. I hope it will be for you too!

So have these activities made it to your Fantasyland list in the past? Or is it time to start planning another trip to add some of these experiences next time? 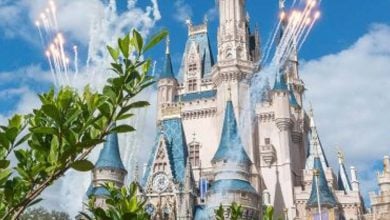 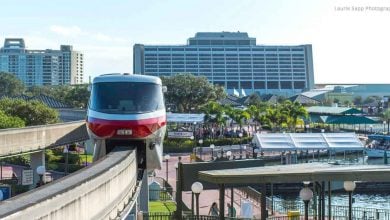 Here’s Why You Shouldn’t Eat Lunch at Magic Kingdom 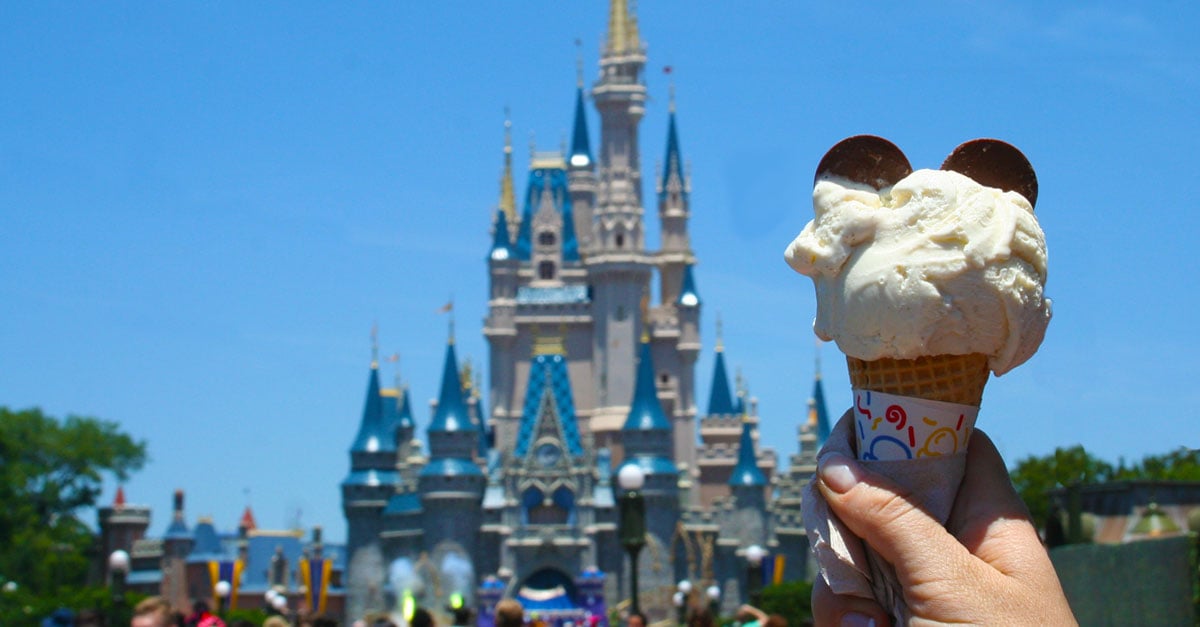 Top 10 Things to Eat at the Magic Kingdom 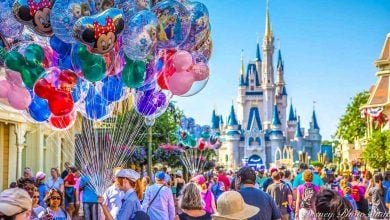 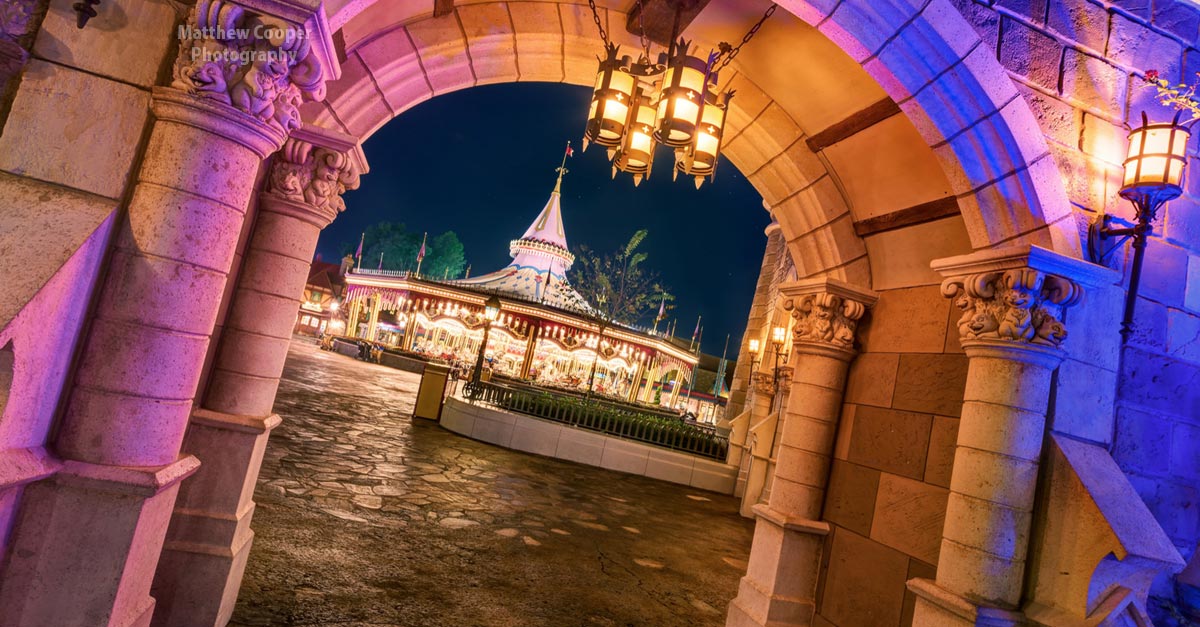 Magic Kingdom Lands 101 – What You Need To Know Before Visiting