I’m a foodie, so is my husband. We are also Disnerd’s, Disneygeek’s or whatever term you prefer to coin grown-ups who are head over heels in-love and forever infatuated with all things Disney. At this point in our life it is rare that we can plan a trip to Walt Disney World minus our brood of six children. It used to be that we could steal away a week and have a family member babysit for the time; those were the days. That was when our older ones were small and before our family kept growing, and growing, and growing. Don’t misunderstand me, I love my large family and of course I love our children — and our times at Walt Disney World as a big family have always been nothing less than awesome. There’s just one minor caveat; you see the ages of our kids runs the gamut — from 16 to 1 year and they have matching palates to go with each of their particular phases in life. Unfortunately, none of those phases have reached the point of appreciating a well aged Filet Mignon or the cost of an Australian Lobster Tail. In fact, the idea of cleaning up just to spend a few hours at a white linen clothed dinner table is completely lost on them. It is not, lost on us. We’re fortunate enough now that we have two teenagers capable of watching their younger siblings for a few hours while mommy and daddy sneak away. For those of you not as fortunate, I absolutley recommend utilizing “Kids Nite Out”. Walt Disney World has over 20 twenty restaurants that carry the label “Fine or Signature” dining. So you can imagine our personal predicament in deciding which one(s) to visit. My point is this, if you don’t have children and are able to enjoy signature restaurants without accommodations then awesome, but for those of you who are like me and have to pick and choose due to family limitations, or if your budget just won’t allow it, then stick to the list below. With the exception of Victoria & Albert’s; which will always rank number one — these are the Top 5 Signature Restaurants at the Walt Disney World Resort.

The Golden Age of Hollywood is revived in this Star-Studded Legacy. An authentic replica of the famous Brown Derby, this Tinseltown landmark is bathed in glitz and glamour and comes complete with framed caricatures of celebrities. The fame of the original Brown Derby is brought back to life with delectable dishes like Pork Tenderloin, Charred Filet of Beef over Forest Mushroom and White Truffle Oil Mashed Potatoes and Beef Short Rib Wellington. Pair your meal with timeless cocktails poured tableside, or wines from Italy, France, Australia and beyond. You won’t have to worry about a strict dress code at The Hollywood Brown Derby. It’s located inside a theme park, so flip flops, tee shirts, shorts and your everyday casual wear is allowed. For a really special experience, add on the Fantasmic! Dinner Package which gives you reserved seating inside the amphitheater. Just remember that valid theme park admission is required. Check out “3 Reasons The Brown Derby is Disney’s Hollywood Studios Best Restaurant.”

Are you ready to try something new? Then parade your way to reveal a delicious blend of traditional African, Indian and Mediterranean cuisine. With a seasonally changing menu, Jiko – The Cooking Place never fails to serve flavor bursting appetizers and mouth-watering entrées . Be amazed as you watch chefs prepare your meal in the open show kitchen. Sip on one (or a few) of the specialty wines brought direct from the regions of South Africa. Jiko houses the largest selections of African wines outside of the continent and offers an intimate wine tasting every Wednesday. Guest are invited to savor in wines specially chosen by sommeliers of the restaurant and bask in the aromatic notes of each featured tasting. After your meal take a stroll through the grounds of the resort to view species of African wildlife in lush, natural habitats. With so many wonderful options to transport your senses into the heart of Africa, a meal at Jiko- The Cooking Place is one dining encounter you don’t want to pass up.

California Grill sits atop The Contemporary Resorts and offers the most coveted views of The Magic Kingdom and Seven Seas Lagoon. It also offers one of the best menus on property. The menu changes seasonally so there’s always something new to love, but the most wonderful thing about California Grill happens as The Magic Kingdom is closing for the evening. When it’s time for the fireworks, the lights are dimmed in the restaurant and the soundtrack is played. The panoramic windows that line the dining room allow for the absolute best and unobstructed views of the show. If you aren’t lucky enough to be seated near the window, there is also a terrace connected to the restaurant where you can take your glass of wine and sip and watch. You won’t get a seat here by just walking up to the podium so be sure to make your reservations early. Check out “10 Things We Love About California Grill In Disney’s Contemporary Resort.”

Celebrating the undefeated season of the 1972 Miami Dolphins, this “Perfect Season” steakhouse features a wide selection of fresh seafood and succulent steaks. Begin your evening with an appetizer of Oysters served on half shell with Shula’s signature cocktails sauce. Tempt your appetite with a serving of Barbecued Shrimp Stuffed with Basil. Better yet, if you can’t decide the Shellfish Trio is a tantalizing plate of Shrimp cocktail, Jumbo Lump Crab Meat, and Half of a Maine Lobster Tail served with various dipping sauces. Premier entrees like Pan Seared Sea Scallops, Herb Seasoned, Roasted Garlic Chicken Breast and Norwegian Salmon beckon as you dine amid photos and memorabilia of the only undefeated team and the most successful head coach in NFL history. A “steak house” would not be complete without an offering of pristine cuts of meat. Choose your option of a 12-ounce Filet Mignon, or a 16-ounce New York Strip. The 20-ounce Kansas City Strip is sure to please as is the 22-ounce Cowboy Ribeye. If your feeling really hungry (and you think your stomach can handle it) the signature 48-ounce porterhouse steak will earn you membership into the 48oz. Club, but you have to eat every bite. Shula’s has won numerous awards, but most notable are the Critic’s Choice for Orlando’s Best High-End Steak House and The Wine Spectator’s Award of Excellence. With a wine selection like no other and servings large enough to serve an entire O-line, Shula’s Steak House is a touchdown for a signature dining experience.

13 Inscrutable Requirements To Be A Princess In Disney Parks 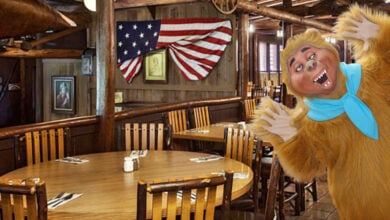 The Disney Restaurant that Offers the Best-Value Breakfast 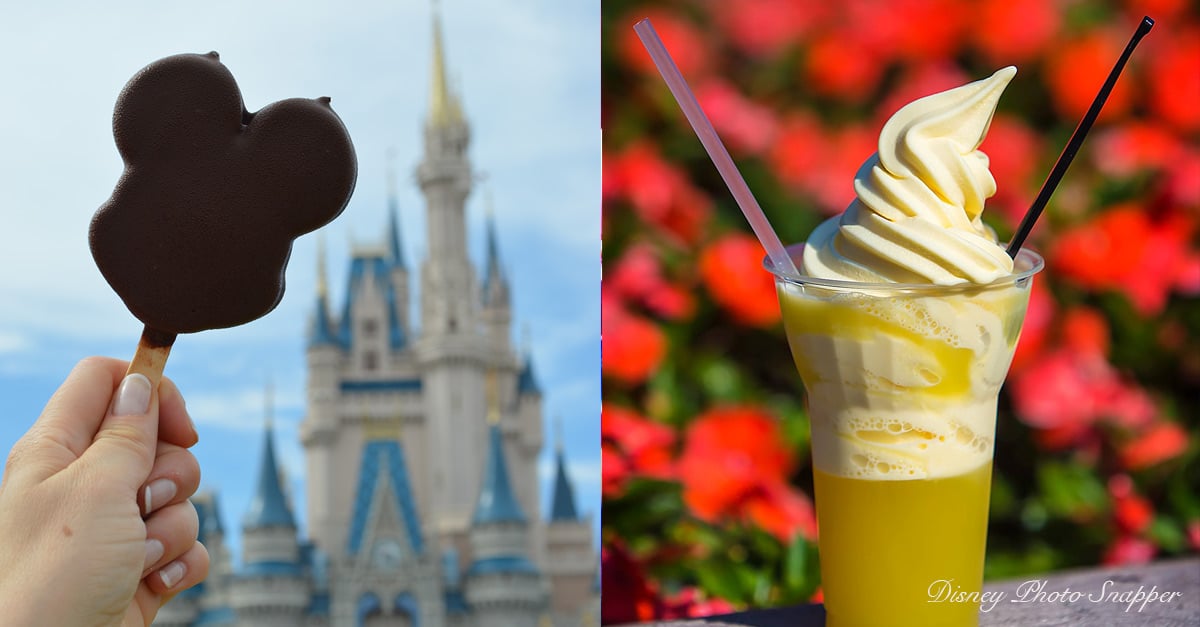 Disney Dining Plan: Is it Worth the Money? 4 Things To Consider 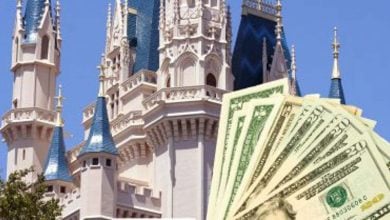 8 Ways to Save Money When Eating at Disney 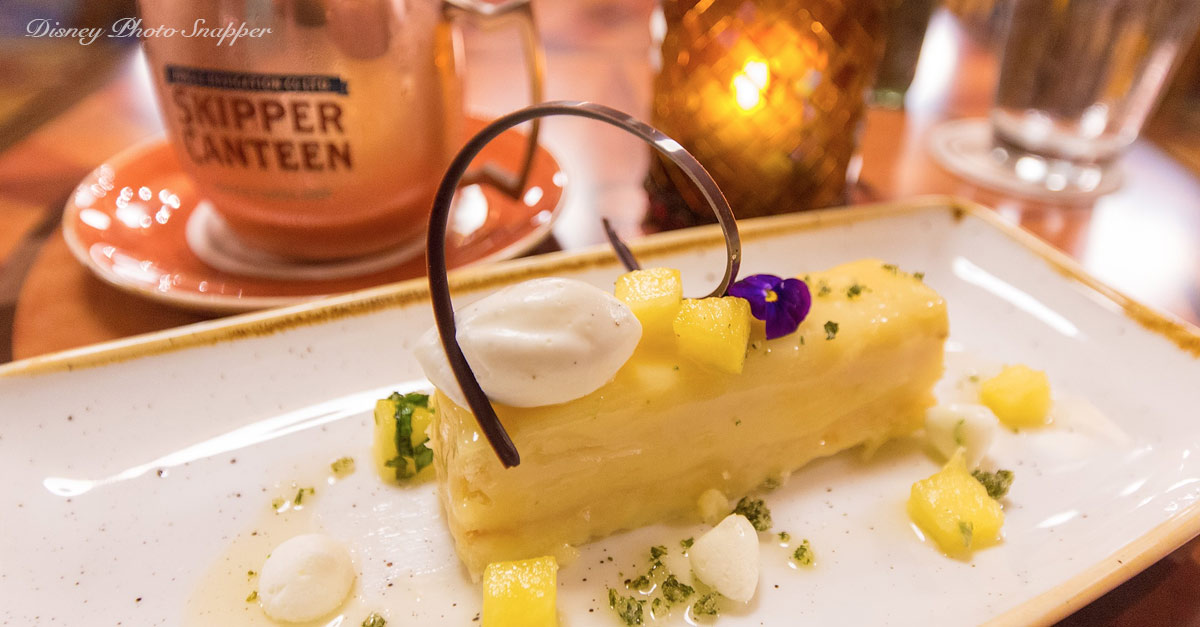 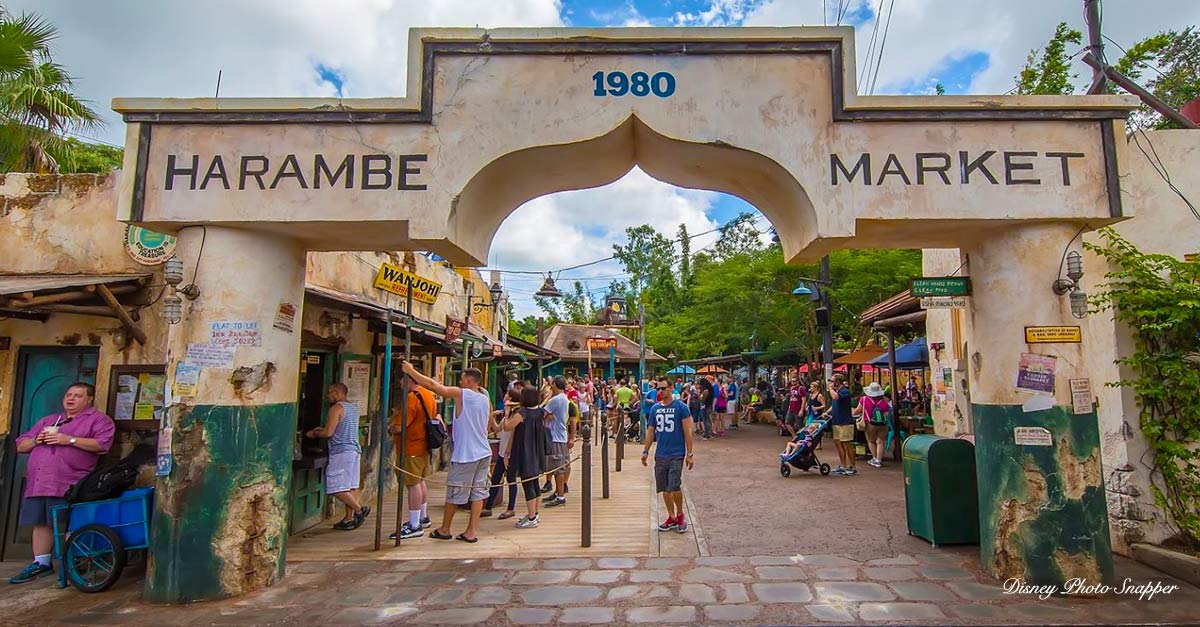