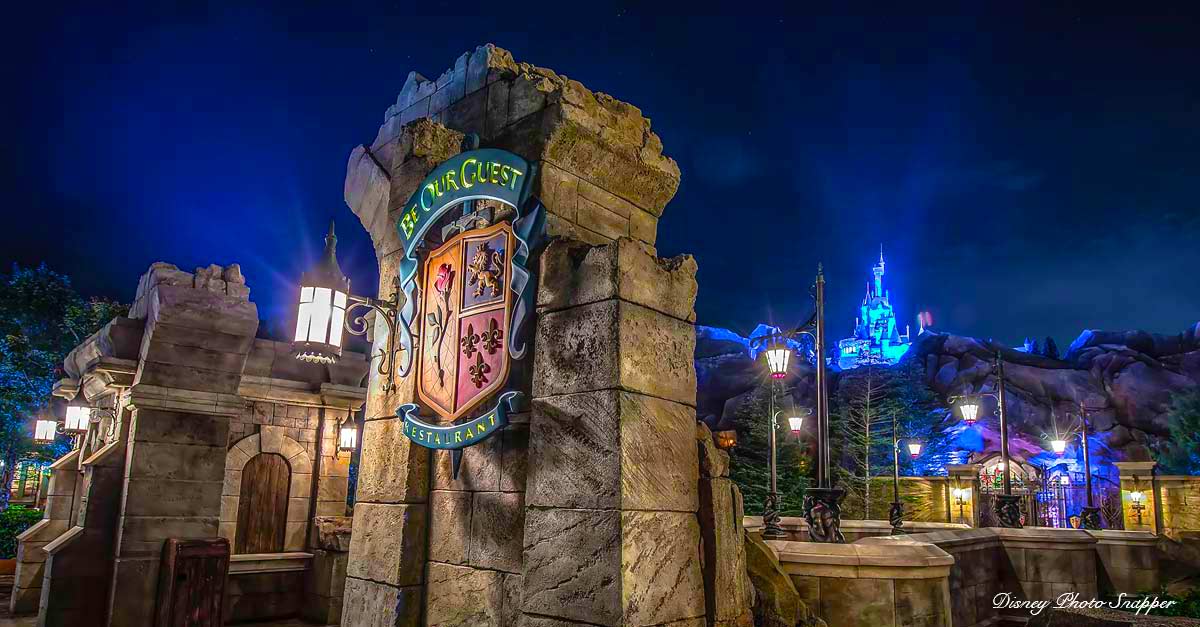 Walt Disney’s idea of a family-friendly amusement park definitely did not include the sale of alcohol anywhere in Disneyland.  He was adamant bout that.  Walt did, however, approve of a private club for corporate sponsors and VIP’s only, which was located in New Orleans Square.  Club 33 was opened on June 15, 1967, six months after Walt’s death.  Club 33 was made available not only to corporate sponsors and VIP’s but also individual memberships were also offered, for a substantial fee.  This is the only place in Disneyland where alcoholic beverages are served.  When Walt Disney World opened in October, 1971, the Magic Kingdom served no alcoholic beverages anywhere in the Park, so it truly was alcohol free.  Not until December, 2012, 40 years after the opening, did this policy change.  A new restaurant, Be Our Guest, opened as part of the New Fantasyland expansion.  This luxurious, highly themed eatery, with its elaborate decorations and French inspired menu was chosen as the first restaurant at the Magic Kingdom to serve beer and wine.  These adult alcoholic beverages are offered only at the evening sitting only.  So, now, the fact that the Magic Kingdom is totally alcohol free is now fiction.