This week we were surprised by all the great announcements that were revealed for the Disney Parks and Resorts in the upcoming months. Today we will look at what we learned about the new nighttime shows coming later this year.

During D23 in September, we were told that Harmonious and Disney Enchantment would be wrapping up along with Walt Disney World’s 50th Anniversary celebration. With this celebration wrapping up in March of this year, we were hoping to hear something soon about what would be coming.

Disney Enchantment Ends and Happily Ever After Returns

Disney Enchantment at Magic Kingdom and Harmonious at EPCOT received mixed reviews at the end of 2022. Guests loved Happily Ever After, and many were disappointed with the new nighttime show that took over in Magic Kingdom. When it first took to the sky, Guests were surprised that there weren’t more pieces that included Walt Disney and the history of the Parks.

Disney updated the show and added an introduction that included both Walt and Roy Disney. This helped change how some Guests felt about the show; however, many were still left wanting more magic.

This week, we were told that the beloved Happily Ever After would return to Magic Kingdom on April 3, 2023. Fans are thrilled that this top-rated show and one of the most popular themed songs will be back this spring. 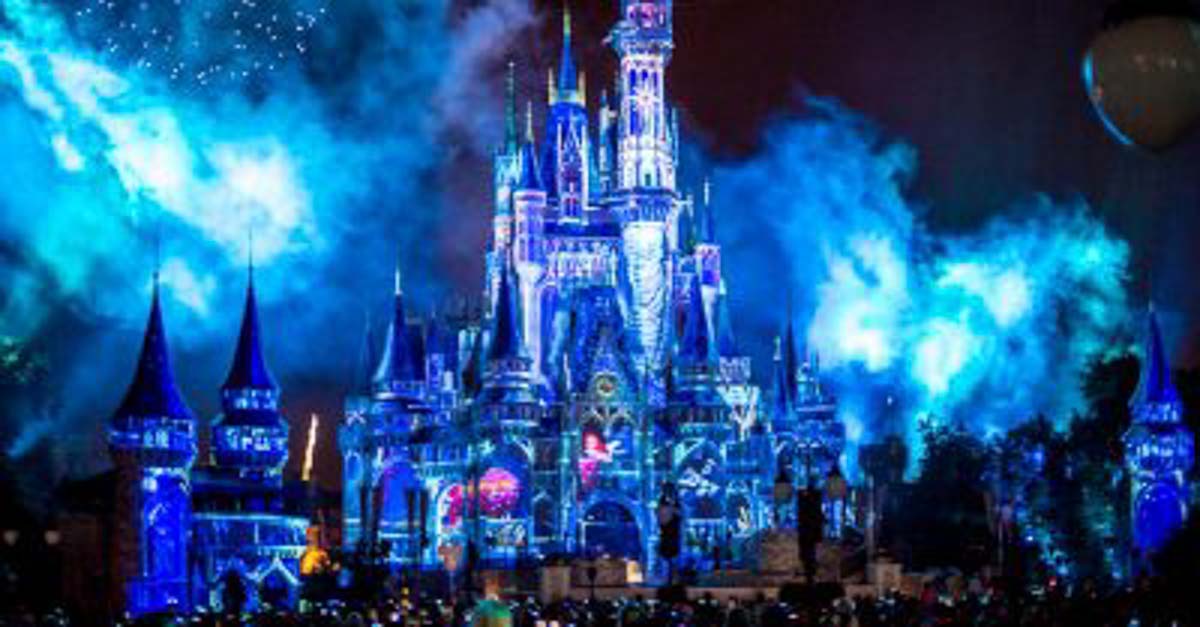 Why We Love Happily Ever After

Although we don’t know if the show will be the same, Disney told us that the beloved song “Happily Ever After,” by Jordan Fisher will return. There is so much we love about this fantastic nighttime show.

One of the reasons that we love Happily Ever After is because of the stories that are included. This show has done a fantastic job incorporating new stories and some of the beloved ones from our childhood. Seeing all these amazing Pixar and Disney films represented in the show is fantastic. It allows us to connect to these stories in a new and magical way.

In the past, some of the moves that were included in the show were: The Little Mermaid, Hercules, Tarzan, Mulan, Moana, Frozen, Aladdin, Big Hero Sox, Brave, The Hunchback of Notre Dame, The Incredibles, The Lion King, The Princess and the Frog, Toy Story, Up, WALL-E, Wreck-it Ralph, and Zootopia. We are interested to see what new songs they bring into the new year.

Not only do we get to see impressive projections of these movies transform Cinderella Castle, but Happily Ever After also includes the popular songs from these movies. We love hearing parts of popular songs such as “Go the Distance” from Hercules or “How Far I’ll Go” from Moana.

Disney has done an outstanding job pulling some fantastic musical pieces that genuinely connect to their Guests. We can all sing along and feel connected to these stories.

Finally, the fireworks and projections come together to create a breathtaking experience. We love seeing these beautiful fireworks as they add to the show’s impact being in sync with the music. This makes them even more moving.

The projections are outstanding, and impressive how they remake the castle into so many unique images that feel like they are coming from the castle itself.

Fans are thrilled for Happily Ever After to return to Magic Kingdom. Park pass reservations are already booked as Guests plan to experience this nighttime show again.

Over in EPCOT, the uncertainty for Harmonious started before it even debuted in the Parks. Once Harmonious took place each evening at EPCOT, it was seen as a letdown. Disney advertised it as “one of the largest nighttime spectaculars ever created for Disney Parks,” but it didn’t live up to the statement.

Guests enjoy how the songs incorporate the different languages from around the world, but the large barges in the middle and lack of emotional connection left Guests wanting more. This will be coming in the form of EPCOT Forever.

EPCOT Forever will be returning on April 3, 2023. With the return of this nighttime, the massive marges that take up the World Showcase Lagoon will be leaving. Even though many Guests weren’t overwhelmed with EPCOT Forever, removing of the barges will be a huge bonus. There is something so beautiful about seeing across from the World Showcase to the front of EPCOT.

We will have to wait and see what songs, movies, and entertainment will come back with EPCOT Forever. Will there be kites once again? Or will Disney have a different plan? We can’t wait to see what magic Disney has for EPCOT this April. 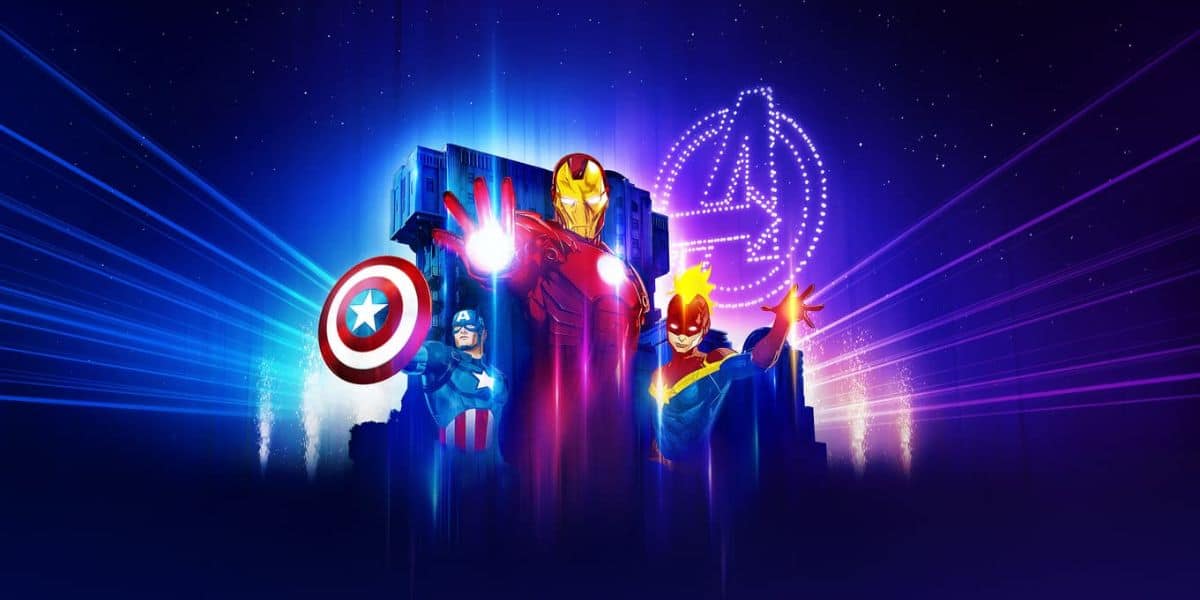 Walt Disney World isn’t the only Disney Park with nighttime shows announced this week. Disneyland Paris will also be getting a new show this year. Avengers: Power of NIght will be coming to Walt Disney Studios Park starting January 28, 2023, and is currently planned to go through May 8, 2023.

This show will feature drone technology. Using 500 drones, images will be created in the sky above The Twilight Zone Tower of Terror. This is all part of the 30th Anniversary that Disneyland Paris is currently celebrating.

Nighttime shows are a massive part of the magic at the Walt Disney World Parks. We can’t wait to experience EPCOT Forever and Happily Ever After again during our vacations in 2023. These shows are breathtaking, with unforgettable songs, fireworks, and projections. 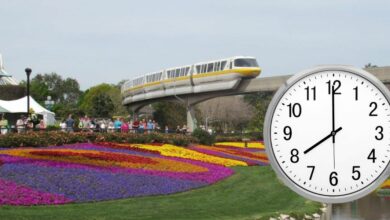 How to Save Time Using My Disney Experience 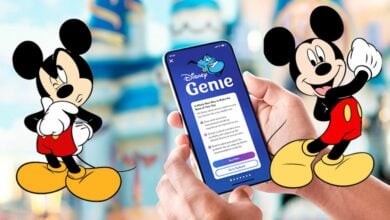 Why We Like and Dislike Genie+ At the Same Time 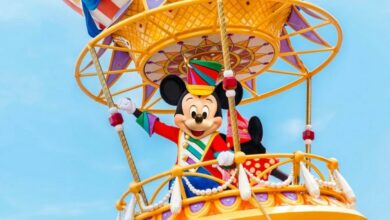 Important Steps To Do BEFORE Your Disney Vacation 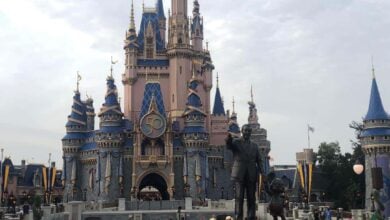 Ways to Take a Break in Magic Kingdom 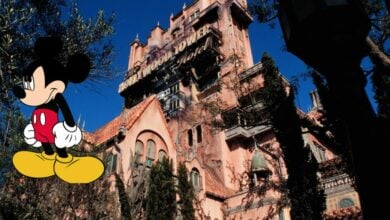 4 MAJOR Mistakes You Don’t Want to Make at Disney