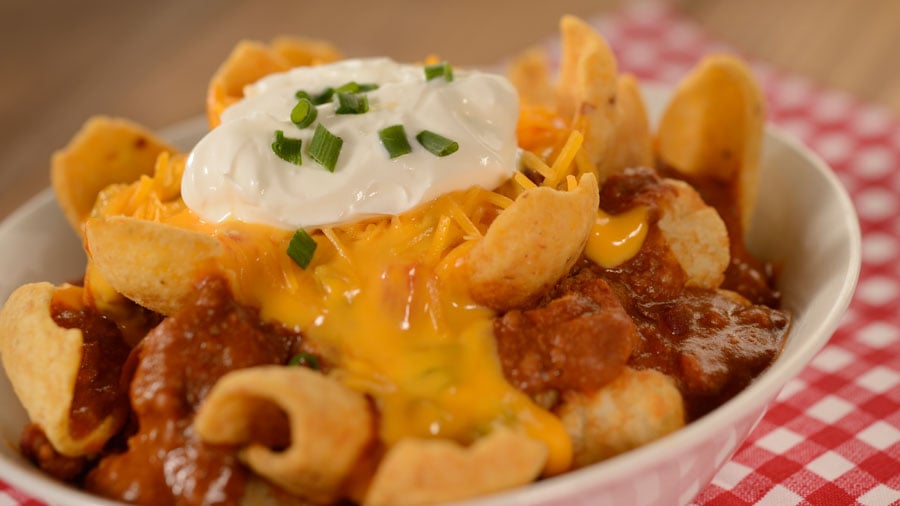 1. ABC Commissary Located near the famed Chinese Theatre, you’ll immediately notice all the nods to Hollywood film classics new and old alike, as seen through the vast compilation of film posters hanging about and several onsite televisions playing constant movie trailer loops. Both lunch and dinner are served here daily, with each meal boasting a versatile lineup of starring entrée selections. For lunchtime you can dive into classic American favorites like burgers and subs. Decadent desserts are available during lunch and dinner, with the Olaf Cupcake and honorary Toy Story Land Cupcake making starring appearances in both acts. 2. Dockside Diner Dockside Diner is one of the many great quick service locations to be enjoyed at Hollywood Studios. Until recently, Dockside Diner was officially known as “Min and Bill’s Dockside Diner,” named for the classic 1930 film, Min and Bill, which starred Marie Dressler and Wallace Beery as a dockside innkeeper and a fisherman tenant. Perhaps the most popular item on the menu is the renowned Carolina All-Beef Foot Long Hot Dog, which comes topped with pulled pork and coleslaw and served with chips. 3. Backlot Express Stepping through the doors of Backlot Express is a lot like stumbling into the backdoor of a movie studio, with all the theming and décor set up to resemble the behind-the-scenes backstage area of the latest Hollywood film in production. Because of its close proximity to Star Tours - The Adventures Continue, the menu even features some signature entrée selections that follow in the Star Wars theme. Refresh yourself with a Padawan Limeade served in a BB-8 Souvenir Stein with a Death Star Cube. Backlot Express is open daily for lunch and dinner. 4. Rosie’s All-American Café Themed after an old-fashioned Victory Garden, here you’ll find such well-loved favorites as the Chicken Breast Nuggets-8 piece meal, the 1/3 lb Fresh Angus Cheeseburger or 1/3 lb Fresh Angus Onion Straw Cheddar Cheeseburger, and what is perhaps their most original claim to fame—the Fried Green Tomato Sandwich. Lighter items like salads and sides can also be found here, as well as kids’ meals. 5. Catalina Eddie’s Satisfy your casual Italian food cravings at this counter service establishment—another one of the several food stops making up Sunset Ranch Market. Pizza is primary at Catalina Eddie’s, with such options as the Meat Lovers Pizza with sausage and pepperoni both, a classic Pepperoni Pizza offering, and regular Cheese Pizza. 6. Fairfax Fare Fairfax Fare is another team player you’ll find on Sunset Boulevard, and one that boasts a bounty of southwestern-style and classic American entrée selections. They open early for breakfast each day to dish out original delights like the Loaded Scrambled Egg Bowl, Baked Pastry Basket, Hot Oatmeal and Fresh Berries, and Breakfast Sandwich with scrambled eggs, ham, Swiss cheese, and spinach served on an onion roll with herb-cheese spread. Bagels and fruit are also available as well as a special kids’ meal of Scrambled Eggs and Breakfast Potatoes. For lunch and dinner you can fill up on such favorites as the Mojo Pulled Pork Sandwich, Empanadas Platter, Fajita Combo Platter, or one of a variety of different 7-Layer Rice Bowls. 7. Woody’s Lunch Box Toy Story Land has introduced us to myriad features and attractions, including a brand new quick service spot. Woody’s Lunch Box, designed to look like Andy’s Woody-themed lunchbox propped open with a thermos and serving as an ordering counter, is rapidly becoming a hit with guests. They open each day for breakfast to let the toying around begin bright and early with versatile items like the S’more French Toast Sandwich, Banana Split Yogurt Parfait, Breakfast Bowl, and the Smoked Turkey Breakfast Sandwich. Lunch and dinner feature sandwiches like the Grilled Three-Cheese Sandwich and Smoked Turkey Sandwich, as well as the BBQ Brisket Melt. One signature you’ll notice on the menu reads “Totchos,” which is an original concoction comprised of Potato Barrels (better known as tater tots) coated in beef and bean chili, shredded cheese, house queso with tomatoes, and corn chips, and a garnishing of sour cream with sprinkled green onions.
By Laura C.

Left 5 of 5 right
Next: Top 10 Affordable Restaurants at Disney Parks and Why We Love Them