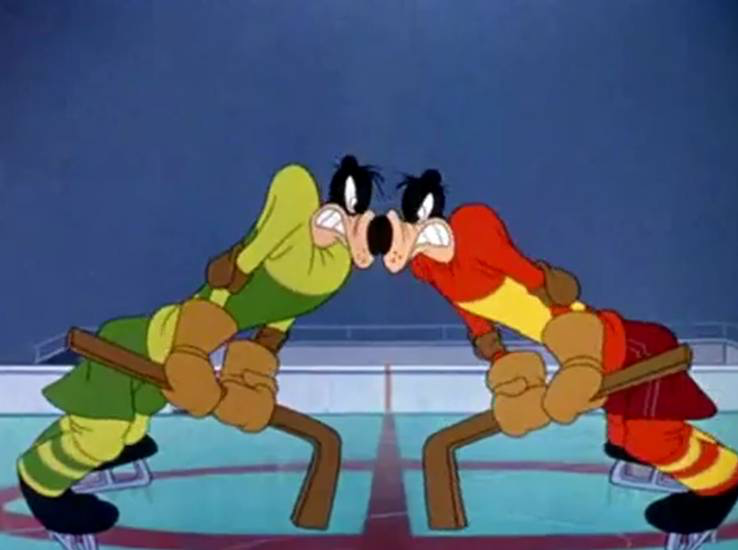 One Goofy is hilarious enough, but picture the comedic genius if there was a hundred of him? Whenever he wasn’t working as Everyman George Geef, Goofy dabbled in a stadium’s worth of sport centered cartoons. The animators saw the potential for slapstick gold and ran with it, creating not only teams of Goofy clones but entire cities of Goofy lookalikes. Dubbed “dogfaces” by the animators, they filled the screens as violent hockey game spectators, hostile motorists, and an entire basketball team just to name a few. This design choice allowed animators to be more creative with their comedy, resulting in more physically flexible character movements, and at times brutal slapstick. In the end, whether it’s one of him or one hundred of him, Goofy still remains Disney’s funniest character.