11 Most Affordable Places To Eat Inside Disney Parks 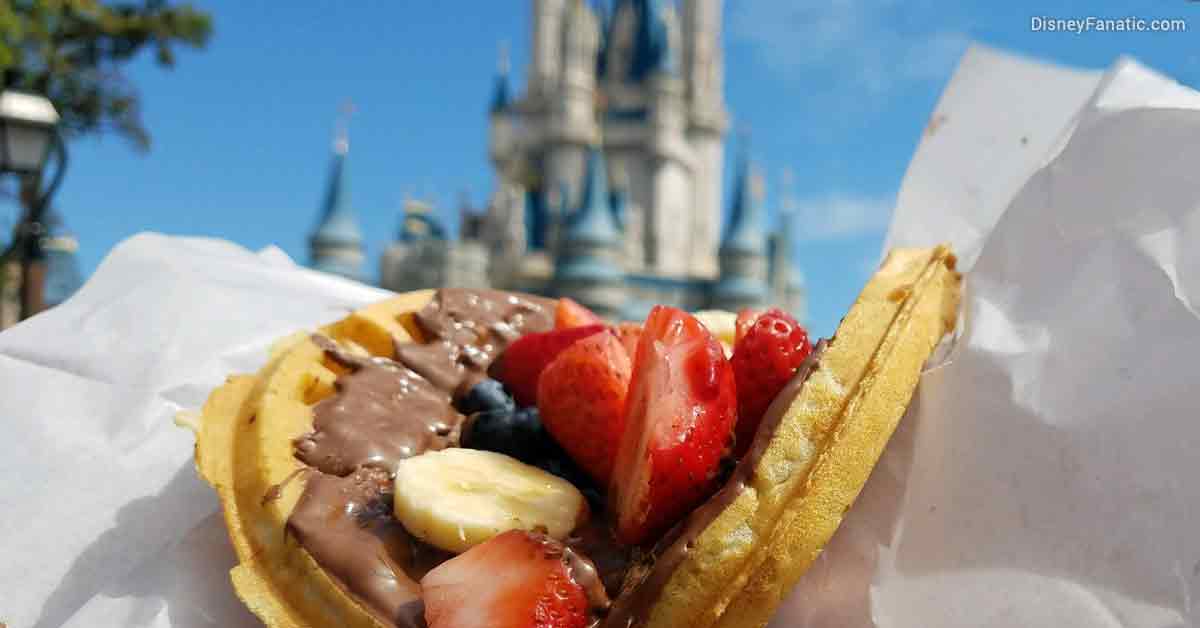 Pecos Bill’s in Magic Kingdom serves up yummy Mexican eats in a quick-service setting that is perfect for those in a hurry. While this particular eatery is not really any cheaper than most other counter-service places, the toppings bar makes food go much further. With tons of delicious toppings such as guacamole and sour cream, you can take a $14.99 fajita entree for one and stretch it into a nice sized meal for two, bringing your total cost way down.

Another place with a toppings bar worth mentioning is Cosmic Ray’s, also located in Magic Kingdom. This eatery is a great place to get a simple burger for around $12, which can then be topped with tons of lettuce, tomato, pickles, and other delicious toppings and split between two people. Another option is to share a $11.49 10-piece nugget meal, which is easily enough food for two.

Yet another Magic Kingdom location, Columbia Harbor House is a quick-service seafood joint that is quite tasty. That said, the seafood isn’t what you’re after when trying to stick to a budget. Instead, try ordering a cup of chowder or chili. Grab plenty of crackers to eat on the side, and you’ll have a light meal for well under $7.

The fourth and final Magic Kingdom suggestion is Sleepy Hollow in Liberty Square. This is actually just a snack stop, but they serve up some pretty filling snacks that can easily pass for a light meal. Try the corn dog and house-made chips or the Nutella and fruit waffle sandwich for less than $9. Have even less to spend? Pick up a baked potato with butter, sour cream, and cheese for only $3.99.

When looking for a place to eat in Hollywood Studios, you may be surprised to learn that some of the least expensive entries are found at the park’s newest eatery. Woody’s Lunch Box in Toy Story Land has a soup and sandwich combo for around $9, breakfast sandwiches for less than $8, and decent sized kids meal goes for around $7.

Another snack spot that can easily pass for a place to get a light meal, Eight Spoon Cafe is located in Discovery Island in Animal Kingdom. This little food stand makes delicious mac and cheese dishes available to all hungry guests. While the original mac and cheese is probably not quite enough to qualify as a meal, the pulled pork version is much more filling and comes in at $6.49.

Just across the way from Eight Spoon is a sandwich lover’s paradise: The Smiling Crocodile. This is another small kiosk and doesn’t look like much from outside, despite the tasty, open-faced sandwiches that are served out of its little window. We recommend the $5.29 Turkey BLT and we highly suggest bringing in a bag of chips or some fruit to eat on the side.

Quite possibly the best toppings bar in all of Disney World can be found at Restaurantosaurus in Animal Kingdom. This bar includes the typical lettuce, tomatoes, and pickles, but also adds in grilled onions and peppers as well as mushrooms. Again, the toppings can be used to stretch your food, meaning one $12 meal will likely feed two if you play your cards right. Alternatively, you could order kids cheeseburgers and use the toppings bar to fill them out, but be sure to ask for your meal sans pail or you’ll pay extra.

The final Animal Kingdom location on our list is Yak and Yeti Local Food Cafes. This place is awesome because it serves up a side portion of chicken fried rice that can easily fill a person up for just under $4. Need a bigger portion? Ask for a full order which comes in at just under $6. The egg rolls are also super affordable and filling!

Moving on to Epcot, our next budget-friendly option is Les Halles Boulangerie-Patisserie in the France Pavilion. For the most part, this is a place to go for delicious desserts. However, they do have some sandwiches and quiches, and a couple of the savory options are super affordable. For instance, the ham and cheese croissant sandwich is only $4.75!

Last but definitely not least, we have to mention Kabuki Cafe. This quick-service kiosk is located in Epcot’s Japan Pavilion and has some super affordable sushi options for under $6. The servings are just enough to fill you up and everything is very tasty.