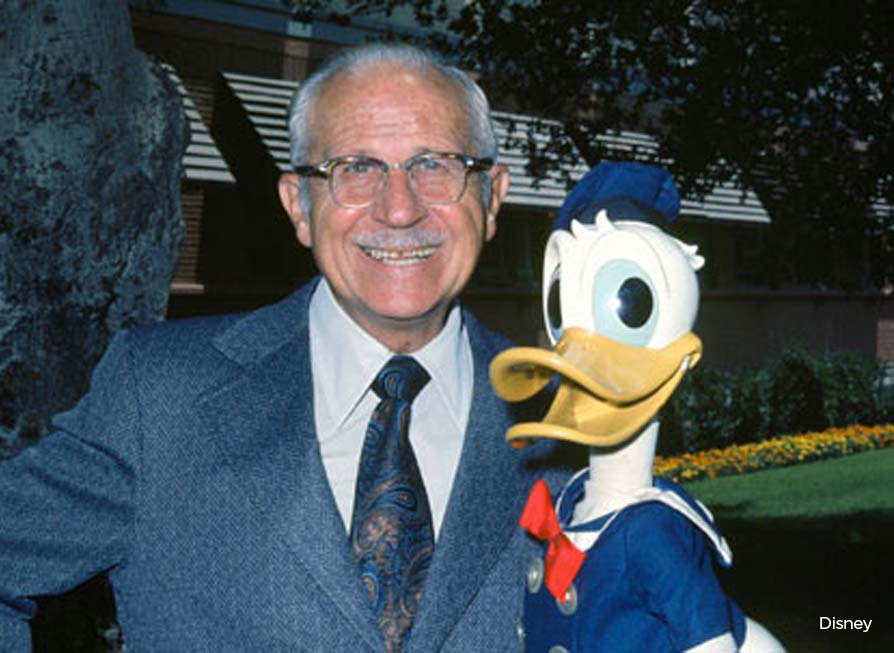 The inspiration behind Donald Duck’s voice came about when Walt Disney first heard character voice actor Clarence Charles Nash doing his “duck voice” recitation of Mary Had a Little Lamb. By this time Mickey Mouse was already a moral compass and notable role model, so Walt Disney was seeking an antithesis of sorts—a friendly foil to Mickey’s positive mild mannered ways. An angry squawking duck would do just the trick!

Clarence Nash voiced Donald Duck from 1934 into the mid-1980s when Tony Anselmo took over under Nash’s training. To deliver that distinct duck voice the Neumann TLM-170 microphone was used for its ability to round out high tones, warm Donald’s voice, and soften the “splat” in his many aspirations.

Did you know that Donald Duck was modeled after a real duck species? Donald is an American Pekin, to be exact. This breed of duck actually has its origins in China but became a popular commercial duck choice for U.S. breeders after being brought over in the late 1800s. Pekin ducks are recognizable by their large bodies (larger than most other duck breeds) and their white (or sometimes creamy colored) plumage.