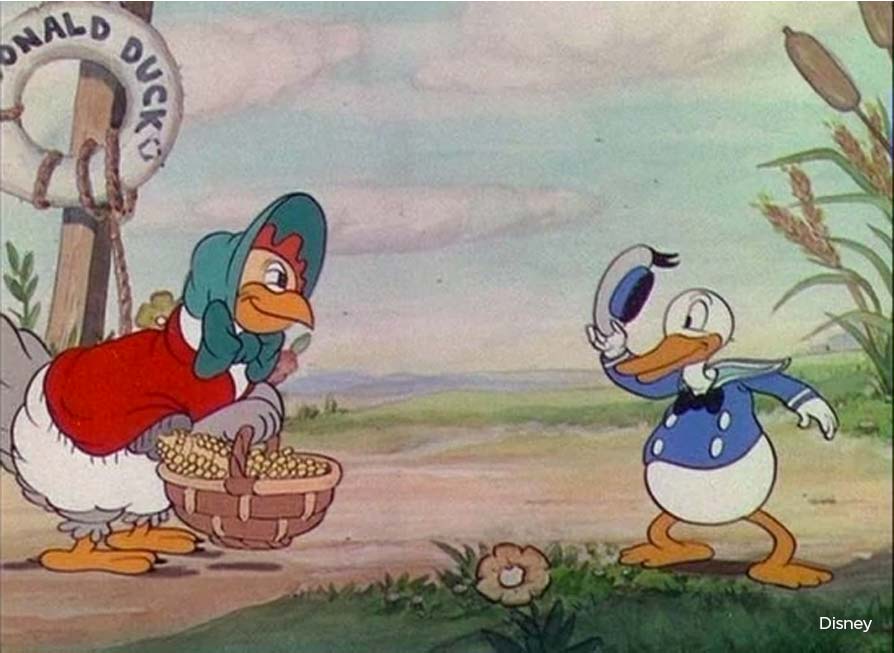 10. Donald’s Debut And Rise To Fame

Donald Duck made his film debut on June 9, 1934 when he co-started in the Silly Symphonies short “The Wise Little Hen.” But it was one month earlier in the May issue of Good Housekeeping when the first public illustration of the duck was revealed to promote the aforementioned upcoming short.

The most noted illustrators credited with drawing Donald Duck over the years are Al Taliaferro, Carl Banks, and Don Rosa. After making his debut, this famous feathered friend of Mickey Mouse went on to appear in well over 200 films (more than any other Disney character) and even led a popular comic strip series.

In 1943, the animated Donald Duck film Der Fuehrer’s Face, originally titled Donald Duck in Nutzi Land, won an Oscar as a wartime propaganda cartoon. In addition to works on the silver screen Donald Duck illustrations have been more wildly published than any other cartoon comic character outside of the superhero genre.