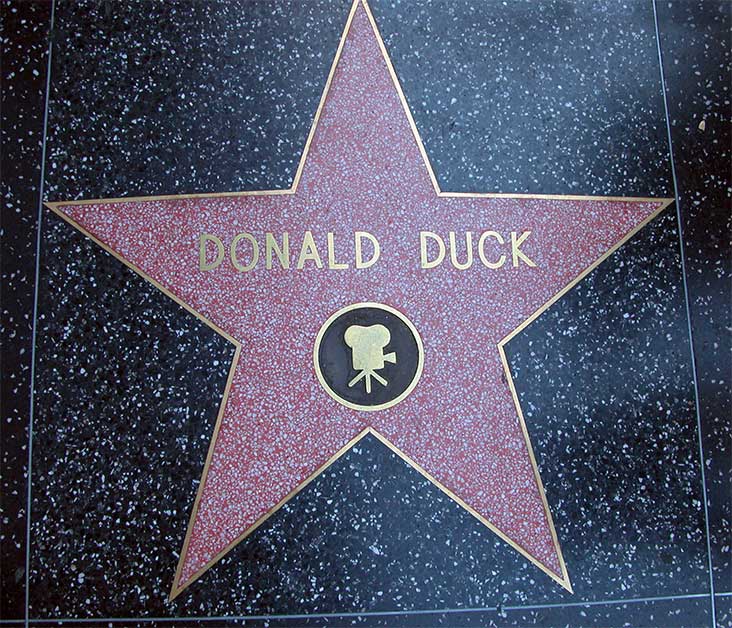 Donald was even awarded with his very own Star on the Hollywood Walk of Fame. His official induction date was on August 9, 2004, and his star marks the 2,257th addition to the honored celebrity display of both real and fictional stars. There are only a handful of other cartoon Disney characters with stars as well, including Snow White, Tinker Bell, Winnie the Pooh, and Mickey Mouse, who was the first animated character ever to receive a star.

Donald Duck is notably one of the most popular, beloved fictional duck characters of all time. His lasting legacy continues to charm young and old fans alike, with new movies and shows, featured illustrations, and of course character appearances in Disney parks and other affiliates. There’s just no denying that Donald is a feathered favorite.

Left 8 of 8 right
Next: 35 of the Best Things to Eat and Drink at Walt Disney World