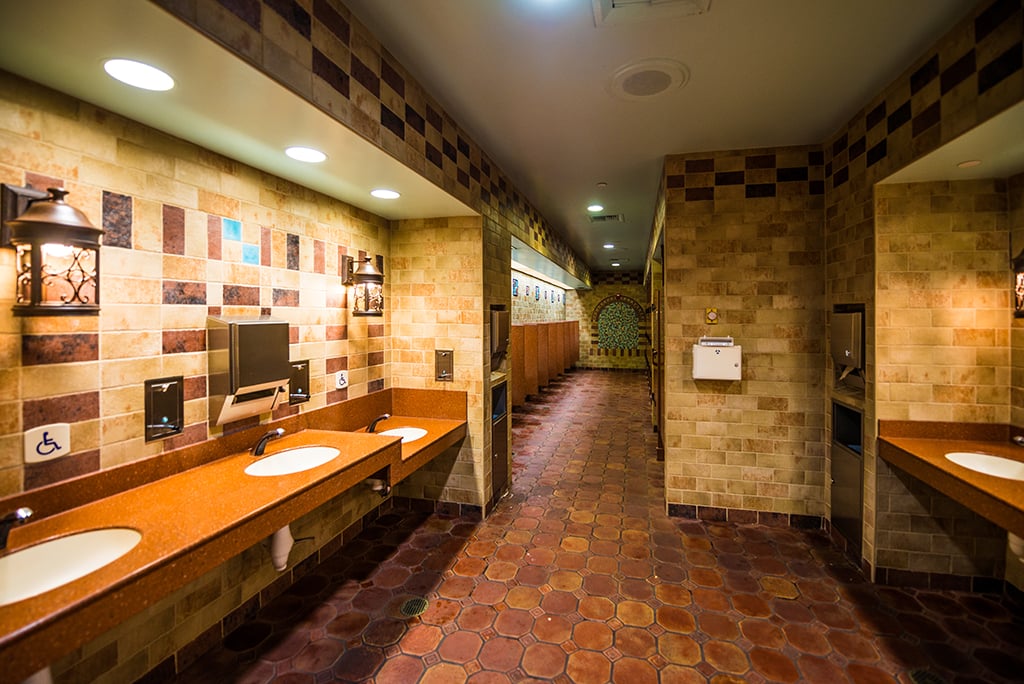 They are everywhere.  But, there are some that are sort of hidden.  Here are a few of these necessary facilites in their not-so-well-known locations:

Magic Kingdom--on Main Street between Casey’s Corner and the Crystal Palace, at the Pirates of the Caribbean  gift shop to the left as you exit the builidng; very secluded.

Disney’s Hollywood Studios—Sunset Boulevard—right after Planet Hollywood Super Store, in a recessed area, hardly noticeable and secluded; Commissary Lane, a door to the right of the entrance to the Sci-Fi Dine-In Theater gives easy access to bathroom facilities.

**FYI—There are no restrooms in Liberty Square because they would not have had them in Colonial times.**