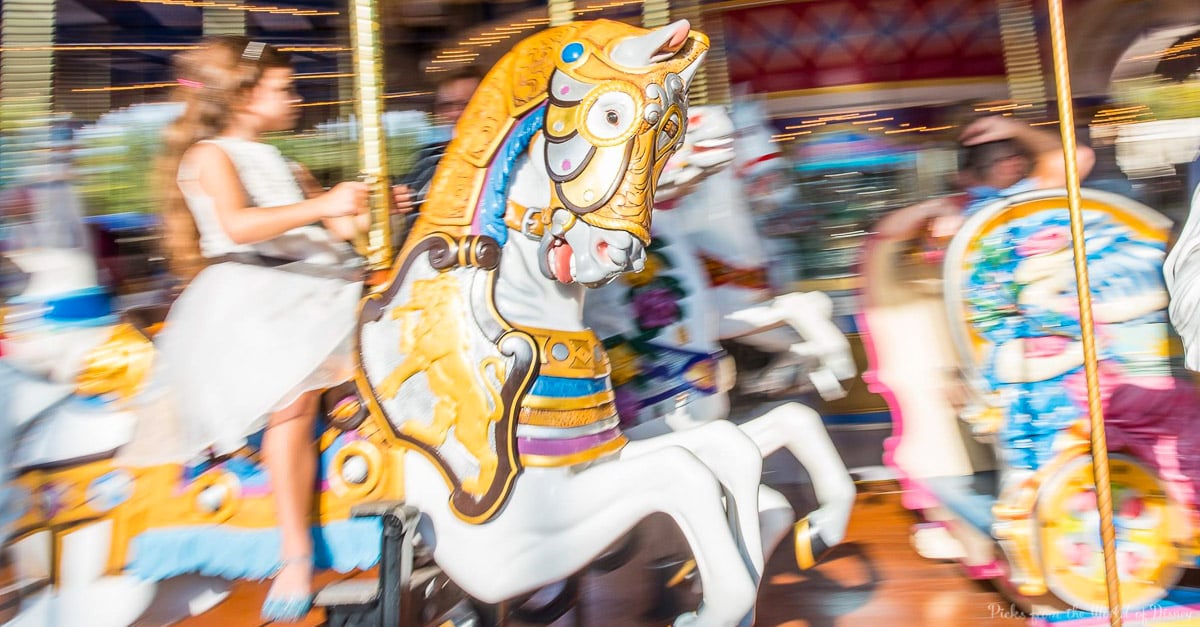 There is a fascinating history to this authentic, beautifully redesigned, ornate carrousel. Builit in 1917 by Italian woodcarvers and originally known as the “Liberty Carousel”, it was delivered to Belle Isle Park in Detroit, Michigan and was later moved to Olympic Park in Irvington, New Jersey. Then in 1967 the Walt Disney Company purchased it, and Disney Company artists refurbished the 90 horses so that no two are exactly alike. There are eighteen hand-painted scenes that tell the story of Cinderella on the wooden canopy that covers the carousel. It has been stated by Walt Disney himself that the inspiration for this iconic attraction was his experience as a Dad who would sit on a bench and watch his two daughters riding a merry-go-round at LA’s Griffith Park, wishing he could join them in their fun. Not only is the history of this wonderful carousel interesting, but the ride itself is smooth, airy, and accompanied by popular Disney tunes. The history and beauty of this regal carousel make it one of those iconic rides you and your entire family will want to share every time you visit Fantasyland.