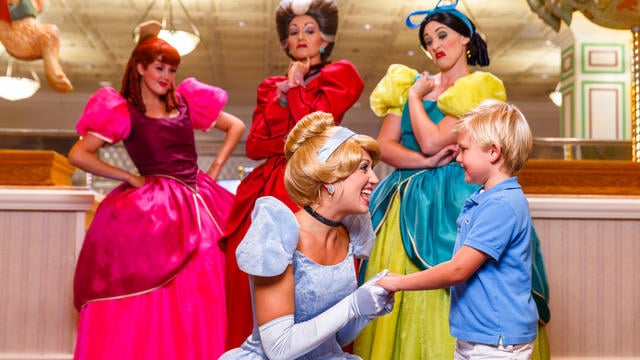 The easiest, most relaxed and effective way to meet characters is a character meal.  Hey, you gotta eat, right?  You can accomplish two things at once.  There are numerous restaurants around Disney World where you can dine with characters, both in the parks and resorts.  As you enjoy your meal, characters will make their way to your table, where they will spend a few minutes with your family, posing for pictures, signing autograph books and playing with both children and adults.  Options include: