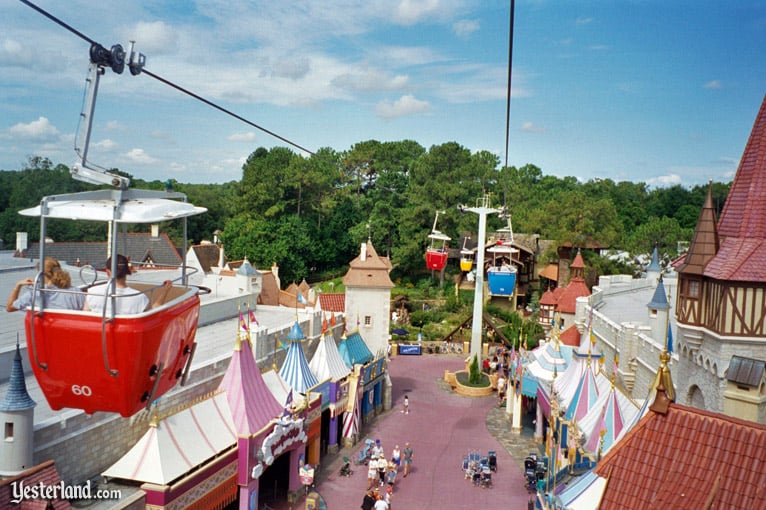 8.  Why the Skyway Attraction at Walt Disney World Was Closed

In 1999 a custodial worker was killed when he tried to hold onto the outside of the Skyway gondola as it was moving and fell 40 feet to his death.  After the tragic event, the rumors began spreading that someone was on the ride and jumped or fell to their death.  The fact is that a custodial worker was sweeping the Skyway platform, when another cast member who did not know he was there, started the gondolas moving, and the worker panicked and grabbed onto a gondola and was trying to climb inside when he fell.  The part of the rumor that was not true is the reason the ride was closed. Disney has reported that the closing of the Skyway attraction was based entirely on economic reasons, not the fatality.  The fact that a worker was killed is a fact, but the reason the Skyway attraction was closed is fiction.