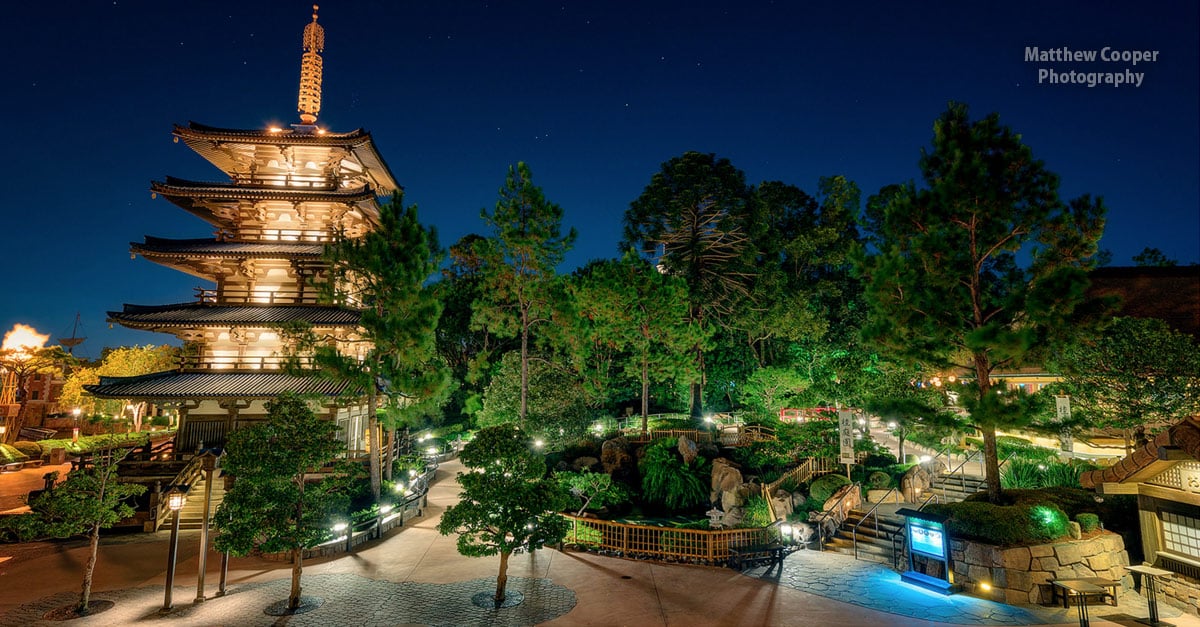 There Was Another Mountain Planned at the World Showcase—This is a true statement.  During the planning phase of Epcot’s World Showcase, there were proposals to build a gigantic recreation of Mount Fuji, including a spectacular roller coaster which would have raced around the inside and outside of the mountain (partially imitating the Swiss Matterhorn Bobsled Ride in Disneyland).  It would have also been the first roller coaster in Epcot’s lineup.  The obvious sponsor for this attraction would have been the film manufacturer, Fuji Film.  Kodak, which was already a major Disney sponsor for the “Imagination Pavilion”, was never likely to approve of its arch-rival, Fujifilm, being featured at Epcot, so the plan was scrapped, and there is still to this day no roller coaster anywhere in the World Showcase, or in Future World.  There are several thrill rides, but not a typical style roller coaster.  A “Mount Fuji” roller coaster sounds like it would have been a great addition to World Showcase.  It’s too bad it was never built.

So, there you have it, some interesting facts and myths about the evolution and construction of Walt Disney’s vision of Epcot, and what it has become.  I hope you will be able to find our for yourselves what an imaginative and entertaining theme park Epcot’s Future World and World Showcase have become.