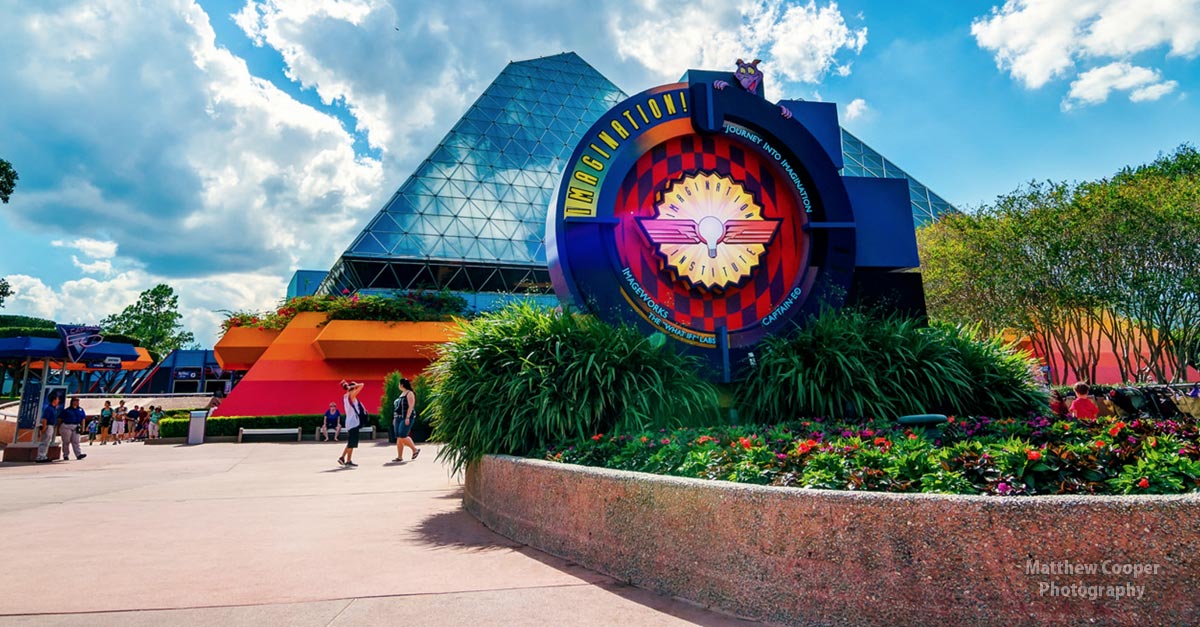 9.  Journey Into Your Imagination/Future World

Figment Is Just a “Figment of Your Imagination”—This is a false statement.  Figment has had a recurring role in this “Journey Into Imagination”.  The original title of this attraction was “Journey Into Imagination”, a slow moving indoor dark ride hosted by the Dreamfinder and a small, lovable, purple dragon named “Figment”, and together they took travelers on a journey through the wondrous world of “Imagination”.  As the ride vehicles moved, Dreamfinder and Figment were flying beside the audience in the “Dream Catcher”, a machine which traveled through space collecting sparks of imagination.  The attraction opened in 1983, and over the next twenty years it underwent several renovations, with Dreamfinder being dropped from the ride altogether, and Figment almost forgotten also.  The current reincarnation of this attraction is  “Journey Into Imagination With Figment”, in which Figment now has a larger role in the storyline and audiences seem to enjoy it more now that Figment is more visible. A portion of the original Dreamfinder’s vehicle, the Dream Catcher, can be spotted on display near the ceiling in the Mouse Gear shop in Future World.