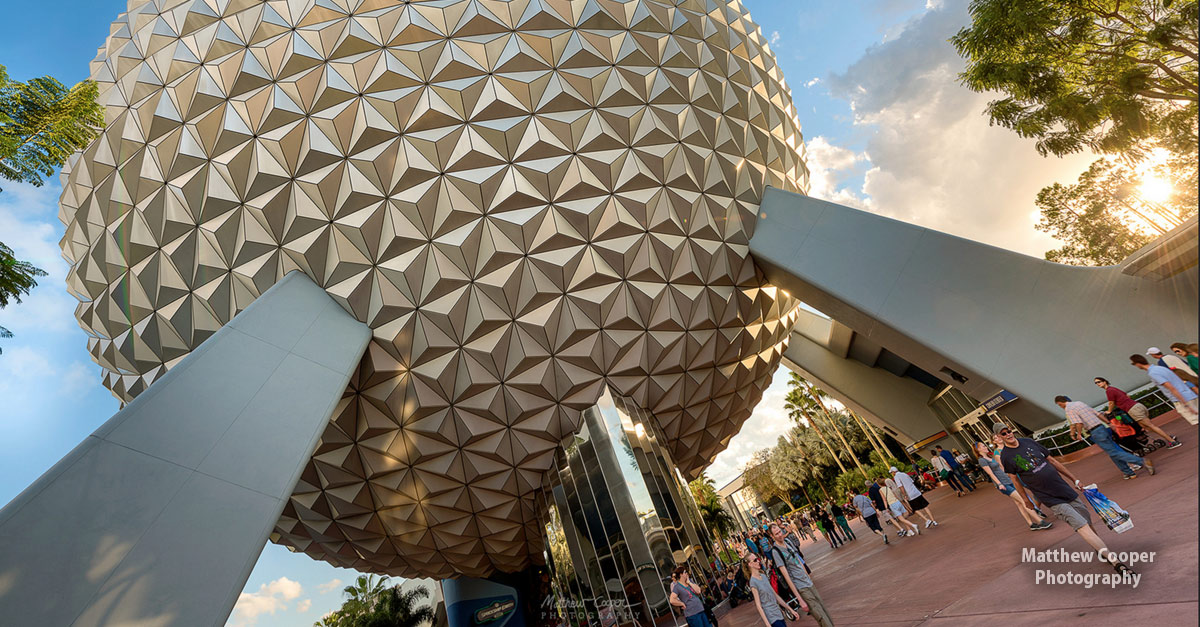 The icon that sits at the front of the park is called Spaceship Earth and actually has a ride in it, traveling you through the history of communication (it's more fun than it sounds). Ray Bradbury, the sci-fi author, helped design the sphere and wrote the first iteration of the ride. Since its opening, it's gone through a few changes and narrated by different actors such as Lawrence Dobkin, Walter Cronkite, Jeremy Irons, and is currently narrated by Judi Dench.

Epcot is one of the largest parks which means a lot of walking. It is separated into two main sections, Future World, which celebrates the ideas of tomorrow and is always moving forward, and the World Showcase, which features eleven different countries that you can explore. The World Showcase wraps around the World Lagoon and that alone is a mile and a half long.