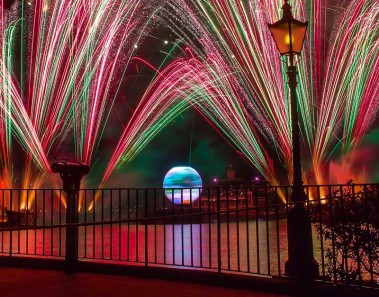 Holy cow, there's a lot of stuff here. But what's a Disney park without fireworks? So everyone gathers around the World Lagoon for Illuminations: Reflections of Earth. It's got everything for a late night show: fireworks, water fountains, pyrotechnics, lasers, a ferry carrying a giant spinning globe, the whole shebang. It can be seen at any place around the World Lagoon, but you want to get their early if you want a good spot.

So there you have it, a crash course in Epcot and the basics, but there is so much more. The Imagineers wanted this to be a place where people come to have fun but also to learn so take time to explore our oceans or different lands or what awaits us in the future. This is one of the parks that gets better when you take your time to look at all the designs in the countries, or listen to a cast member talk about where they're from. Disney makes it fun to learn.

Left 8 of 8 right
Next: Attractions You Don’t Need to Waste a FastPass On at the Magic Kingdom