7 Tips for Having a Lazy Day at Disney World Resort 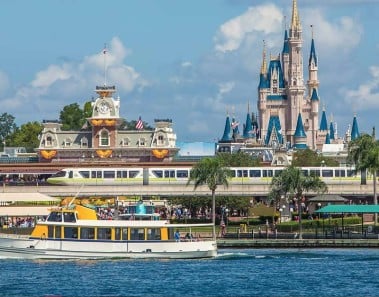 7. Stick to Slow-Moving Rides On a lazy day like this, why would you want the thrills and screams that come with riding roller coasters or Tower of Terror? No, the goal here is to stick with slower-moving attractions, and it doesn't get much lazier than... 6. Don't Book FastPasses Back to Back If any FastPasses you decide to book are too close to one another, you might find yourself rushing from attraction to attraction, which is the opposite of what we want on a lazy day. If you do book a few FastPasses, spread them out and enjoy being able to meander around without a care. 5. Have a Picnic in Front of Cinderella Castle The fenced-in grassy areas in front of Cinderella Castle are the perfect place to stop, have a picnic, and do some people-watching or merely soak in the ambiance. We recommend doing this when the weather is something other than hot or rainy. 4. Sit Down for Live Shows and Other Attractions You know that feeling you get at home when you can just sit in front of the TV and let the entertainment sort of wash over you for a while? There are several ways to recreate that experience at Disney World, mostly in the form of sitting in theaters to watch live performances or screen presentations. Examples include: 3. ...or Don't Even Get in Line for Anything! Who says you have to ride anything to have a good time? You could spend several hours in any given park just walking around, enjoying the ambiance, doing a little shopping, watching a few parades, or catching some street performances—none of which requires waiting in line. Our favorite places for this? Main Street, U.S.A. in Magic Kingdom and the Epcot World Showcase. You can even try your hand at "resort-hopping", i.e. visiting the three monorail resorts by Magic Kingdom: the Grand Floridian, the Polynesian, and the Contemporary. This way you'll have a lot fewer crowds to deal with, but you still get to experience the Disney magic. (The monorail line is also less stressful to ride, if we're being honest.) 2. Book Table-Service Dining Reservations For a good lazy day, don't opt for dining options where you have to serve yourself at a buffet table or wait in line at a counter. Pamper yourself with reservations at one or two nice table-service establishments. Allow the waitstaff to help make your day the laziest and most relaxed it can be. 1.  Stay at Your Resort and Swim If you're staying at an on-site resort, you don't even need to necessarily leave from there on your lazy day. You can have a perfectly fine time hanging around and having a pool day while it's sunny, grabbing a meal or two from a resort restaurant, and maybe catching an outdoor film showing in the evening. Ahhhh, we're getting relaxed just thinking about it. These are just seven of the ways you can have a lazy day in Disney World. There are plenty of others, but hey, we won't weigh your mind down with all the possible options. That would defeat the purpose!
By Chris G

Left 4 of 4 right
Next: Top 9 Tips For Your Last Day At Disney World Resort