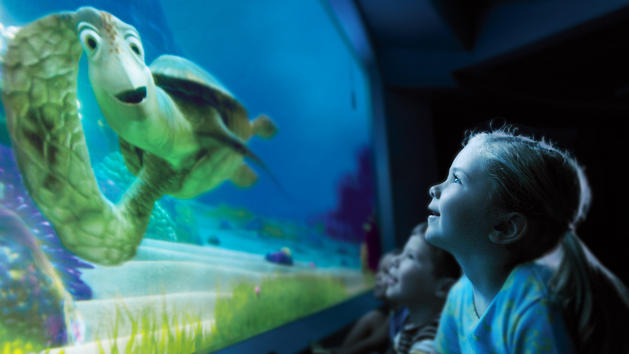 Disney World is well known for having amazing interactive rides and attractions.  Attractions such as Turtle Talk with Crush and Monsters Inc. Laugh Floor, however, take that interaction to a higher level by introducing live interplay with a Cast Member performing a role.  In the case of Turtle Talk, that live interaction requires accurate mimicking of a known character – Crush from Finding Nemo and Finding Dory.  Imitating a character from a feature film while engaging in conversation with an audience?  Pretty unusual!  Photo credit Disney