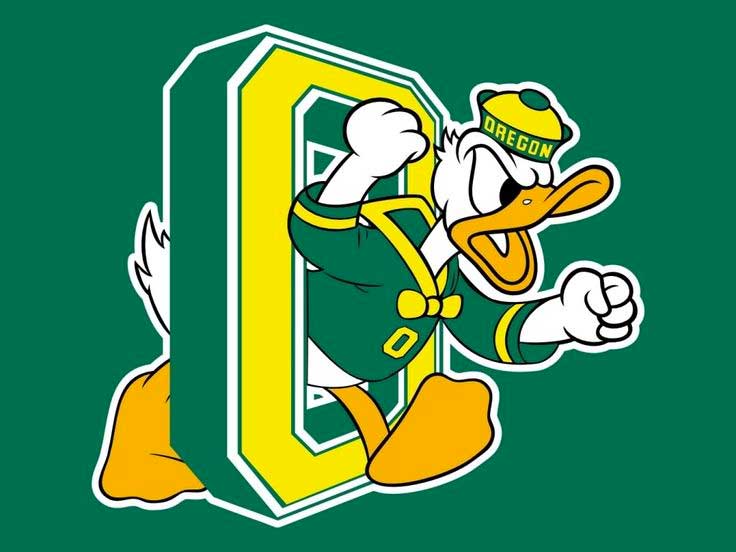 Donald Duck has been the represented mascot for the University of Oregon’s Fighting Ducks teams since 1947.  Walt Disney himself and the then-athletic director Leo Harris made an informal agreement allowing Donald’s trademark image to be used for such purposes.

However, in 2010 the Walt Disney Company and University of Oregon officially decided that the represented duck mascot on the sidelines was NOT in fact the world-renowned Donald Duck but rather a “different” duck who just happens to look a lot like Donald. This relieved many of the binding rules and needed Disney permissions for the school when participating in rallies and events and also freed Disney from being considered partial or directly endorsing a university. Still, the fact remains that Donald holds the record for being the one and only major film and television cartoon character to be the mascot of American university.