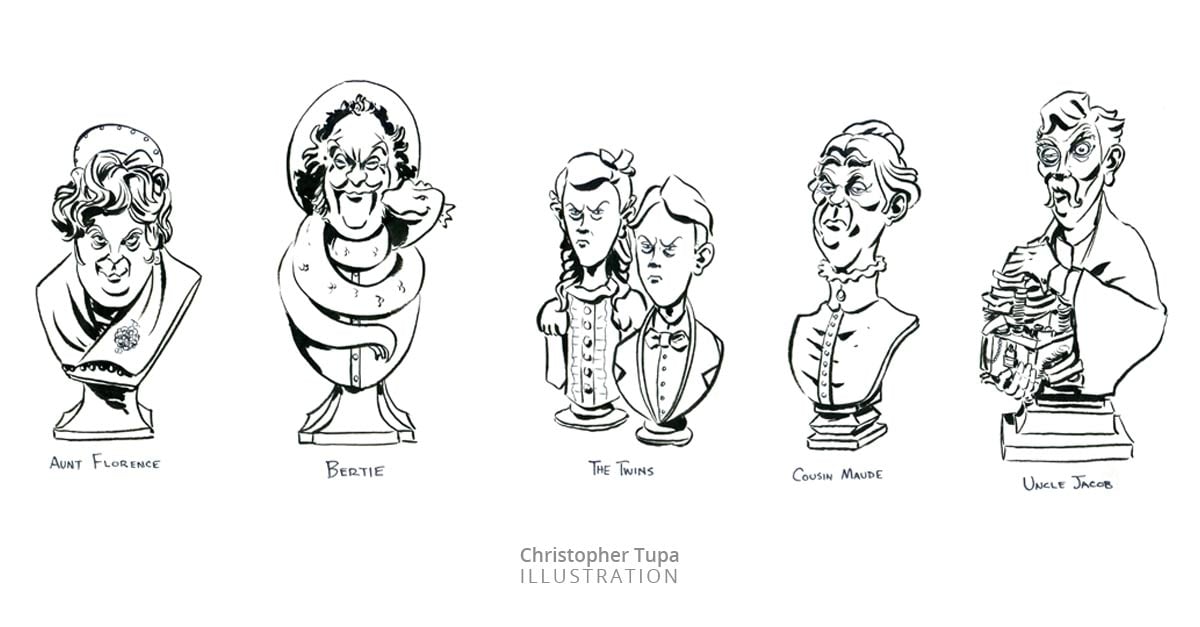 It sure looks like him at a passing glance, doesn't it? Unfortunately, it isn't true. That bust is portrayed by none other than voice actor Thurl Ravenscroft, whose dulcet tones you'll recognize as the voice of Tony the Tiger and the singer of the classic song, "You're a Mean One, Mr. Grinch!"

You've also heard him as a wide number of characters in rides throughout the Disney parks, including Pirates of the Caribbean, the Enchanted Tiki Room, and Country Bear Jamboree.